Donald Trump had been angered last year by the decision by Ford, Toyota and others to support California regulations.As Joe Biden gets set to become US President, clean air rules are likely to become more stringent.
By :
| Updated on: 01 Dec 2020, 08:12 AM 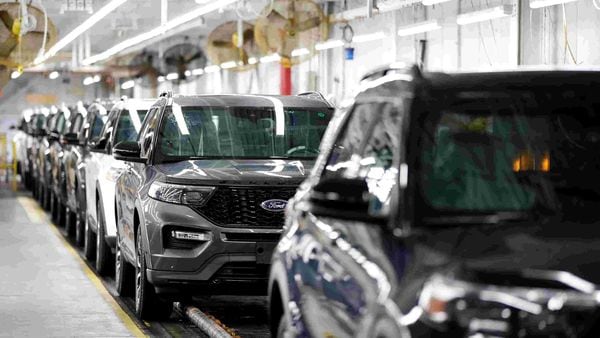 Ford Motor Co. is prodding other automakers to embrace more stringent automotive clean air standards set by California in another blow to President Donald Trump’s efforts to limit the state’s ability to set tougher emissions rules as the industry prepares for the Biden administration.

A day before an industry trade group meeting, a top Ford executive encouraged his competitors to unify in supporting the California standards to prepare for more stringent rules expected from President-elect Joe Biden. The plea comes a week after General Motors Co. dropped its support for Trump’s efforts to strip California of its authority on auto emissions.

“During the last year and a half of the Trump Administration, we essentially split into two camps," Kumar Galhotra, Ford’s president of the Americas and international markets, wrote in a Monday letter seen by Bloomberg News. “The Biden Administration will not let the Trump standards stand, and either by way of litigation and/or a regulatory reboot, the new team will move in a different, more stringent direction."

Ford last year supported the California regulations, along with Honda Motor Co., Volkswagen AG, and BMW, which earned them the wrath of Trump, who tweeted they were “foolish executives." Ford also backed California Governor Gavin Newsom’s order banning gasoline-powered cars in his state by 2035, which he signed on the hood of an electric Mustang Mach-E.

GM, Toyota Motor Corp. and Fiat Chrysler Automobiles NV sided with Trump in a lawsuit aimed at stripping California of it regulatory power over autos.

Rachel McCleery, a Ford spokeswoman, declined to comment on the letter but reiterated the company’s support for basing national standards on the California model.

“From the beginning we’ve said that our agreement with California is the best path forward for the environment, our customers and the short and long-term health of the auto industry," she said in an email.

On a visit to a Ford factory last May, Trump expressed his displeasure to Executive Chairman Bill Ford that the automaker was not standing with him.

“He wasn’t very happy," Bill Ford recalled to Automotive News in an article published Monday. “I explained to him that it’s the right business decision and that frankly, if we have to engineer things twice — Product A for certain states, Product B for the rest of the states — it’s not a great position to be in."

Galhotra made a similar argument in his letter to rivals, which was reported earlier by Reuters.

“The process to get to new standards is disjointed and complicated and that means the predictability we all crave will be hard to find," Galhotra wrote. “Given the outcome of the election, and the pressing issues that extend beyond fuel economy and the scope of these standards, it would be an enormous value for the industry to be able to pivot quickly and move forward with a single standard."