Diesel prices have shot up by bigger margins over the last 17 days than petrol.Popularity of diesel passenger vehicles in India has been sliding for some time now and the rising per litre price is likely to do these vehicles no good whatsoever.
By : Shubhodeep Chakravarty
| Updated on: 23 Jun 2020, 10:24 AM

The biggest reason why Indians have preferred a diesel engine when purchasing a new vehicle has been the low running cost vis-a-vis a petrol car. Better mileage and lower per litre cost convinced most - especially those who drive long distances - that purchasing a diesel vehicle was the more economical decision regardless of other factors like impact on environment and high maintenance costs. But as fuel prices across India continue to soar, the difference in price of the two fuels is steadily reducing with the gap in Delhi almost negligible now.

The closing difference in petrol and diesel costs has now given rise to the query about whether diesel cars have become 'white elephants' - a metaphorical term used to describe troublesome possessions which are often expensive to maintain.

The popularity of diesel engines has primarily been based on how much cheaper per litre it is than petrol. There is another debate on which of the two engines makes a car perform better but the common man tends to judge the powertrains mostly from the economical aspect. And while diesel has had a clear advantage in this regard in years gone by, present times have seen it fall from grace. Such has been the downfall that Maruti Suzuki, India's largest car maker, opted to get rid of all its diesel models and now offers petrol-only models. Even luxury car makers with menacing SUVs have been seeing a meteoric rise in demand for petrol models. Companies like Audi have not done away with diesel engines but admit that sales of petrol cars have gone up significantly. Then there are others like Hyundai - 55% of all bookings for 2020 Creta have been for the diesel variant, and Honda who continue to have faith in diesel variants and have stuck to offering it in newer or facelift models despite the cost of upgrading it to BS 6 norms. "Although there is an increasing shift in market preference towards petrol, but we believe that the demand for diesel will not vanish immediately," Honda Cars India Ltd (HCIL) Senior Vice President and Director (Marketing and Sales) Rajesh Goel was quoted as saying by news agency PTI. (Full report here)

Demand for diesel may or may not vanish immediately but the substantial hikes in the cost of this fuel over the past 17 days have hardly helped its case. On Tuesday (June 23), the price of diesel in Delhi was upped by 55 paise which makes it almost as expensive as petrol. A litre of petrol here is at ₹79.76 while the same amount of diesel costs just 36 paise less. Factor in paying at least a lakh more for the diesel variant of a car and it may appear more feasible than ever to go for a petrol model, irrespective of daily or monthly miles covered.

While passenger vehicles' segment does offer options between petrol and diesel models, buyers in the commercial vehicles' space are likely to feel the maximum pinch from rising diesel prices. 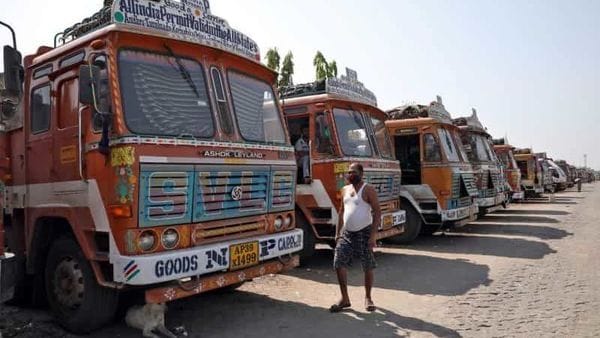 Heavy vehicles like trucks and tractors feed on diesel to perform and with technology still very limited when it comes to alternate fuel sources, transporters are bearing the brunt of it all. All India Motor Transport Congress (AIMTC), a body which represents 95 lakh truckers and entities in India recently stated that 65% of all trucks are parked currently due to the high fuel costs. The operations are increasingly becoming unviable as about 60 per cent of the transport operating cost is of diesel and about 20 per cent constitute toll," AIMTC President Kultaran Singh Atwal told PTI. "Already, the demand is low and the idling of the vehicles is at about 65 per cent. More and more small operators are going bust and vehicles are coming to a halt."

At a time when diesel may be deemed deadly - and quite literally considering the environmental impact of the fuel, there is little denying that many livelihoods are still dependent on it and there is no turning away from the fuel in certain segments of India's automotive industry. In other segments which offer a viable alternative though, expect the numbers for diesel unit sales to potentially be inversely proportional to its price of per litre of diesel.