The latest hike has almost eliminated any difference between the per litre price of petrol and diesel in Delhi after the former was hiked by 20 paise while the later received a 55 paise uptick.
By : HT Auto Desk
| Updated on: 23 Jun 2020, 08:29 AM 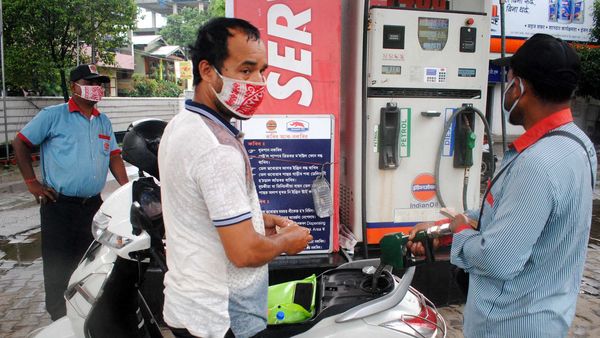 An employee adds fuel in a scooty at a petrol pump in Guwahati.

The unending surge in fuel prices entered its 17th consecutive day on Tuesday with the prices of both petrol and diesel receiving yet another hike. The latest hike has almost eliminated any difference between the per litre price of petrol and diesel in Delhi after the former was hiked by 20 paise while the later received a 55 paise uptick.

Petrol prices have shot by almost ₹8.50 per litre while diesel prices have gone up by close to ₹9.77 per litre in the last 17 days after oil companies ended the 83-day hiatus in the process of daily price revisions. In Delhi, a litre of petrol now costs ₹79.76 while diesel is only 36 paise cheaper at ₹79.40 per litre.

While the difference between the prices of the two fuels is more notable in other metropolitan cities like Mumbai, Kolkata and Chennai, the sharp surge in prices have brought woes aplenty for the end consumer here as well.

The two fuel prices vary from one part of the country to another because of different rates of local taxes and VAT imposed.

The rising fuel prices has become a massive degree of concern for commuters as well as those in the transport business. With oil companies looking at cutting back their loses, especially those suffered during the lockdown, and governments unlikely to roll back taxes in a bid to generate revenue, the soaring prices are expected to maintain the upward swing till at least the end of June.

Political backlash has, however, already erupted with several parties accusing the central government of not providing relief to the common man. There is also a renewed demand to bring fuel prices under Goods and Services Tax. Most, however, agree that it is absolutely unlikely that such a move would actually take place.