'Half the cost of petrol': Nitin Gadkari outlines benefits of ethanol fuel

Nitin Gadkari says ethanol as fuel has the potential to not just lower vehicular emissions and bring down crude oil import bill of India but to also be a more affordable option for people at large.
By : HT Auto Desk
| Updated on: 29 Jul 2022, 10:05 AM 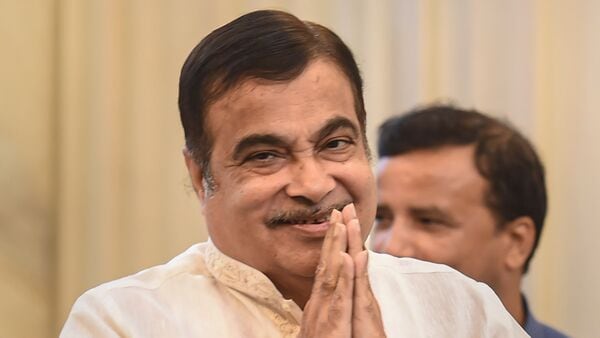 Nitin Gadkari, Union Minister for Road Transport and Highways, has been a firm believer in the multi-faceted benefits of using green fuel as an alternate to petrol. While he says India can bring down its crude oil import bill significantly, adds that the switch to ethanol-based fuel can also be beneficial to the environment while being far more cost-effective to the end consumer. Speaking at the Mint Mobility Conclave recently, Gadkari underlined that there is now a technology that can ensure the caloric value of petrol and ethanol blend is the same.

Caloric value in terms of fuel refers to the amount of heat generated on the complete combustion of a unit of that fuel. To ensure ethanol-based fuel can power modern cars, its caloric value needs to match that of petrol. Gadkari outlined that Russia has the technology and that competent authorities in India are now taking a deep dive. “They (Indian Oil Corporation officials) and petroleum ministry have accepted that it is indeed possible that the average (mileage) of petrol can be same as that of ethanol," he said. “Ethanol is made in Uttar Pradesh, in Tamil Nadu. We are opening ethanol fuel stations and in five years, it would be an alternate to petrol."

Gadkari also pointed out the benefit in terms of cost when using ethanol blend in a vehicle with flex-fuel engine vis-a-vis petrol-only model. “Petrol rate is 120 (per litre), ethanol is ₹62. At half the price, one can get the same caloric value so there is no need for petrol," he explained.

Then there is the crucial aspect of emissions in a country that has some of the most polluted cities in the world. Numerous studies have proven that ethanol and ethanol-petrol blends burn cleaner and therefore are far less polluting that petrol alone. Gadkari pointed out that this is yet another benefit of ethanol and that mass use of the fuel option would go a long way in bringing down vehicular pollution.