Ethanol in India is majorly produced from sugarcane, unlike using corn in countries like Brazil and US.
By : HT Auto Desk
| Updated on: 26 Apr 2022, 01:45 PM 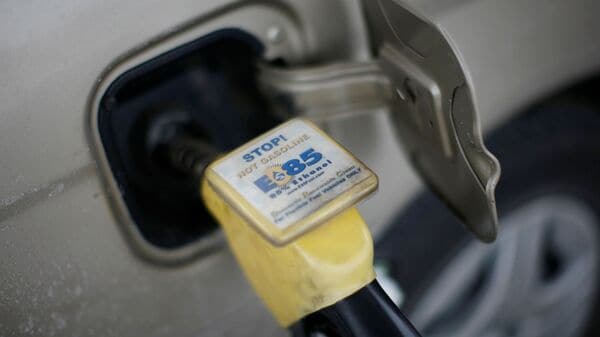 Union minister for road, transport and highways, Nitin Gadkari has urged the sugar mill owners to focus on ethanol production, which would be used for developing biofuel. The minister on Monday urged the sugar mills owners to reduce the production of sugar and increase the production of ethanol, reports ANI. Gadkari's comment comes at a time when the Indian automobile sector is focusing on developing flex-fuel engines that are capable of running on both petrol and ethanol.

Also, India is aiming to increase the mix of ethanol in petrol to reduce the pollutant from fuel combustion. Gadkari has been advocating for the use of ethanol use in vehicles for quite some time. The minister has already asked the automakers in the country to develop flex-fuel engine powered vehicles that can run on both fuels. Running vehicles on ethanol or ethanol mixed petrol ensures lower carbon emissions, eventually lowering the vehicular pollution level.

Sugarcane is considered one of the key elements to produce ethanol. Gadkari's comment comes at a time when Maharashtra registered a surplus sugarcane production and India's sugar export too increased by 64.9 per cent to $4.6 billion in the FY2021-22 from $2.79 billion registered in the previous fiscal.

Ethanol mixture in petrol and flex-fuel engines are already used in Brazil and US. While the other countries focus on corn-based ethanol, the Indian ethanol industry relies majorly on sugarcane. Gadkari has been advocating for using the surplus sugarcane for ethanol production in order to reduce India's dependence on imports for its oil requirement. The country imports around 85 per cent of its total fuel requirement from overseas, which results in a massive economic impact.