Prime Minister Narendra Modi had set the target date for achieving 20 per cent ethanol-blending with petrol has been advanced by five years to 2025.A decision over making flex-fuel engines mandatory will be taken soon.
By : HT Auto Desk
| Updated on: 30 Jun 2021, 09:21 AM 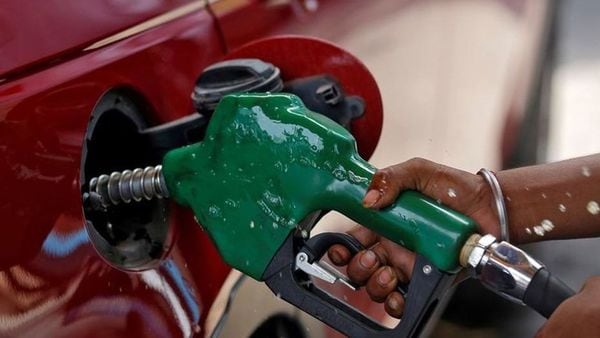 Ethanol blending in petrol is likely to reduce the overall price of the fuel which has shot beyond ₹100 per litre in several places across India. (File photo)

The draft notification reads, "The newly manufactured gasoline vehicles fitted with spark ignition engine compatible to run on ethanol gasoline blends of E-12 and E-15 shall be type approved as per prevailing gasoline emission norms."

Ethanol blending in petrol is likely to reduce the overall price of the fuel which has shot beyond ₹100 per litre in several places across India. It is also seen as a way to reduce vehicular pollution and bring down costly fuel imports.

Earlier this month, Prime Minister Narendra Modi had revised the date to achieve 20 per cent ethanol-blending with petrol by preponing it by five years to 2025. The government had earlier set a target of reaching 10 per cent ethanol blending by 2022 and 20 per cent by 2030.

The stakeholders have been asked to reply to the draft notification within the next 30 days. The government will formally start ethanol blending process after all stakeholders send in their opinion.

To make ethanol-based petrol more mainstream, the government is likely to make flex-fuel engines, compatible with such fuel, mandatory for all vehicle manufacturers in the country. A decision in this regard is expected by next month.

Union Minister Nitin Gadkari recently said, "I am going to issue an order to the industry that only petrol engines will not be there, there will be flex-fuel engines, where there will be choice for the people that they can use 100 per cent crude oil or 100 per cent ethanol. I am going to take a decision within 8-10 days and we will make it (flex-fuel engine) mandatory for the automobile industry."

Projecting ethanol as a better fuel than petrol, Gadkari has been pushing for this 'cost effective, pollution-free and indigenous' fuel to reduce costly imports and pollution. Several times, Gadkari had mentioned that automobile makers are producing flex-fuel engines in Brazil, Canada and the US providing an alternative to customers to use 100 per cent petrol or 100 per cent bio-ethanol.

Gadkari has also said that ethanol will also help the economy. According to the minister, "It (making flex-fuel engines mandatory) is going to boost the Indian economy because we are a corn surplus, we are a sugar surplus, and a wheat surplus country. We don't have places to stock all these foodgrains."