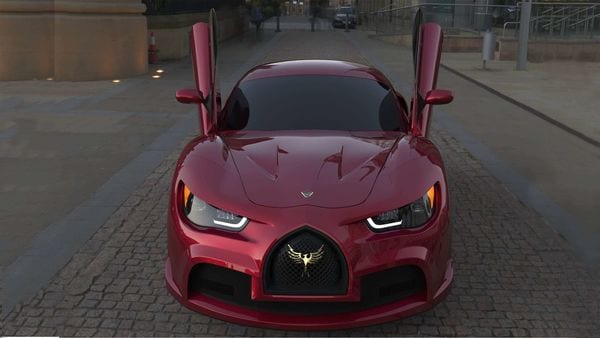 Lebanon is launching its first electric car - billed as cheap and green - but sceptics say subsidised power will count for little in a flat economy reliant on fossil fuels and struggling to attract investment into renewable energy.

Designed by Lebanon's EV Electra, the coupe-style 'Rise' is the country's first foray into the electric car market, a fast-growing sector that promises to lower planet-warming emissions.

But for all the hype around the sector's rising popularity, from Norway to China, the Rise faces a bumpy journey at home.

The economy is in crisis, with just 62 new cars sold in the first two months of 2021, against 1,876 in the same period last year, according to local consultancy Information International.

The car's green impact is also set to be diluted in a country reliant on fossil fuels for electricity, while frequent power outages do not bode well for reliability.

Its maker is undaunted, saying state-subsidised power lends allure to a car with a price tag out of most locals' reach.

"Lebanon's electricity is one of the cheapest in the world. Few people could dream of driving an electric car at these costs," CEO Jihad Mohammad said.

"It's very competitive. You're driving at the expense of the state," former energy minister Cesar Abi Khalil told the Thomson Reuters Foundation.

Outgoing Energy Minister Raymond Ghajar told the Thomson Reuters Foundation that subsidies on electricity would only be lifted when a new government introduces a financial recovery plan and wildly fluctuating exchange rates stabilise.

Prices would then be "in line with what the consumers are willing to pay and able to afford", he said in written comments.

But Lebanon presents its own challenges.

The country's power supply has been spotty since a 1975-1990 civil war and has only worsened in an 18-month economic crisis, with rolling blackouts a regular feature of life.

A fleet of privately-owned diesel generators fills the gap.

When the power works, it's cheap; consumer power prices have not budged since the mid-1990s, even though costs have jumped.

Mohammad also plans to install dozens of charging stations and let customers use them for free.

The country generates roughly 95% of its power by burning heavy fuel oil, among the worst pollutants. Renewables, chiefly hydro-electric power, make up just a few percent.

"An electric car is only as green as the electricity that powers it," said Carol Ayat, head of energy financing at Lebanon's Bank Audi.

In countries with a cleaner energy mix, such as France and Sweden, electric cars had 70% less lifetime emissions than normal cars, according to a 2020 study.

The Rise could even boost greenhouse gas emissions by increasing demand for electricity, said Ayat.

Lebanon missed a target of generating 12% its electricity from renewable sources by 2020 and is primed to miss a more ambitious goal of 30% by 2030.

A wind power project is stalled almost a decade post-launch, with international lenders unwilling to pay for the project until a new Lebanese government embarks on long-overdue reforms.

"Investments have stopped in all energy sectors including renewables," energy minister Ghajar said, adding that the 2030 target would be adjusted "based on market appetite and investor interest" once reforms are introduced by a new government.

"Lebanon needs to double down on renewable energy ... because it’s the only natural resource we have domestically," Obeid told the Thomson Reuters Foundation. "If we want a productive economy...renewable energy provides affordable solutions."