Cruise is readying 100 units of the Origin shuttle for testing purposes.Cruise has secured $5 billion credit from General Motors in the latest funding round.
By : HT Auto Desk
| Updated on: 15 Jun 2021, 21:04 PM 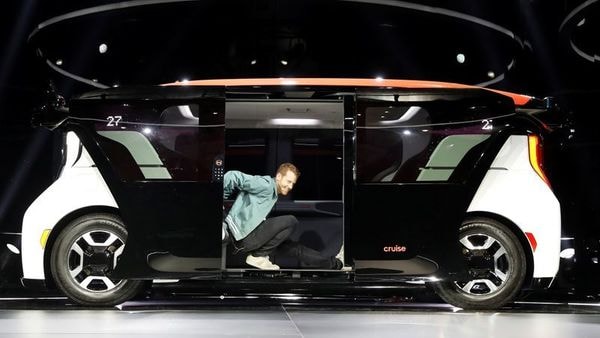 US-based automobile giant General Motors' self-driving vehicle manufacturer Cruise has started pre-production of autonomous driving shuttles. The company has commenced the assembly of around 100 units of Cruise Origin autonomous shuttles that were first unveiled in January 2020.

The Cruise Origin shuttles are being assembled at a plant in Warren, Michigan. These are likely to be ready to hit roads in a few months. Interestingly, the pre-production has been fuelled by Cruise's fresh funding of $5 billion powered by GM Financial, the automotive finance arm of General Motors.

Cruise is among several startups across the world that are racing to grab a chunk in the self-driving vehicle market. Some of these startups are working on self-driving vehicles, while some of them are working on the relevant technologies. Other companies in the same segment include Google's parent Alphabet Inc backed Waymo, Amazon-owned Zoox etc.

Apart from that, conventional automakers like Volvo, Mercedes too are working on the same technology. Tesla too is another frontrunner among the auto manufacturers working on self-driving technology.

Speaking about the development, Cruise's Chief Executive Officer Dan Ammann has written in a blog post that hundreds of engineers from General Motors, Honda and Cruise are working on the project. They are completing the development work, getting supply chains ready.

“Against all odds, they’ve kept the Origin program on time, and on track for production at GM’s Factory Zero assembly plant," Ammann further wrote.

Ammann also said that the multiyear credit line from General Motors takes Cruise’s capital to more than $10 billion, accelerating the pace of self-driving vehicle development. Once the vehicle is ready for mass production in early 2023, it will be manufactured at General Motors' facility in Hamtramck, Michigan, also known as Factory Zero.