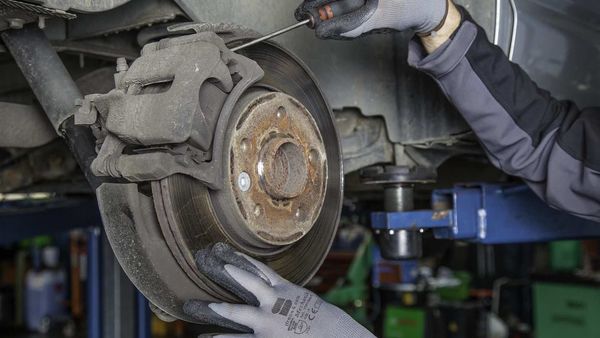 File photo of vehicle being repaired used for representational purpose

Earlier this month, voters in Massachusetts overwhelmingly approved an initiative to revise the state's 2013 "Right to Repair" law to require automakers to provide expanded access to mechanical and electronic repair data and allow independent shops to repair increasingly sophisticated technology.

The Alliance for Automotive Innovation trade group said if the law takes effect "years of manufacturers’ work and billions of dollars in investment to protect and secure vehicle data will effectively be obliterated."

The court battle may help determine who will control the $390 billion U.S. auto data aftermarket in the digital age. The auto group asked a U.S. district court judge in Boston to block the law, which is set to take effect in the 2022 model year. The Massachusetts attorney general's office declined to comment.

Unprecedented advancements in modern vehicles and crash avoidance systems have prompted many automakers to limit information and warranties to only parts and repairs from authorized dealers to ensure safety and privacy.

They argue such data is complex and sensitive, and that using content to repair modern cars requires extensive training by those with proprietary technology.

Independent repair groups have rebuked those restrictions as an attempt to seize control of the lucrative repair market and a way to force consumers into more expensive manufacturer-affiliated dealer shops. They are also concerned by automakers increasingly pushing for wireless repair data transfers, which will limit third-party access.

The National Highway Traffic Safety Administration said in July the measure "requires vehicle manufacturers to redesign their vehicles in a manner that necessarily introduces cybersecurity risks, and to do so in a timeframe that makes design, proof, and implementation of any meaningful countermeasure effectively impossible."