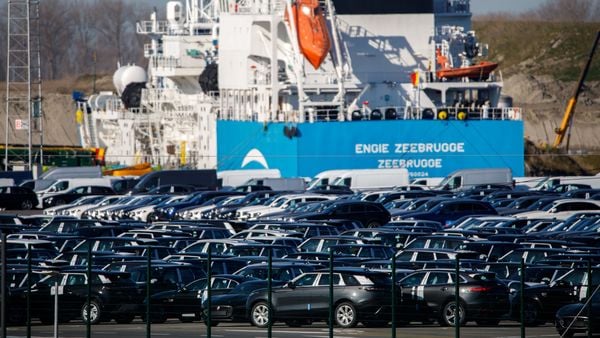 Chancellor Angela Merkel and German auto industry officials are exploring ways to restart the country’s sprawling factory network amid concerns that some cash-strapped suppliers may not survive the damage from the coronavirus pandemic.

In a phone conference late Wednesday, Merkel and the officials discussed measures to minimize contagion risks and protect workers’ health once assembly lines resume churning out vehicles, according to people familiar with the talks. Participants included the head of German cars lobby VDA, Hildegard Mueller, and labor union leader Joerg Hofmann, said the people, who asked not to be identified as the talks aren’t public.

Damage to the European auto industry is piling up as car makers from Volkswagen AG to France’s Renault SA shutter factories after governments restricted public life to stem the spread of Covid-19. Latest data from Spain showed a 69% drop in new car registrations in March to below the worst levels of the financial crisis.

Germany can ill afford a prolonged shutdown of its car industry, which employs more than 800,000 people and is a key indicator of industrial heath in Europe’s largest economy. Volkswagen said it currently burns through 2 billion euros ($2.2 billion) per week as most of its sites sit idle. At particular risk are German car parts suppliers that employ about 300,000 in total and range from local outfits with a handful of employees to publicly-listed Continental AG, which is active in 60 countries.

While Germany has set up a series of measures to aid companies, the concern is that support won’t reach many smaller, cash-strapped suppliers quickly enough to keep them afloat. Widespread bankruptcies among those firms would be a disaster because they’re critical for the finely-tuned supply chain to restart, according to Continental’s Chief Executive Officer Elmar Degenhart.

The companies have already been wrestling with the shift from the combustion engine to electric vehicles, resulting in tens of thousands of job cuts announced well before the coronavirus crisis escalated. The problem now is that smaller suppliers typically don’t have access to extensive credit lines to secure liquidity. If state aid arrives even just a few days too late managers of smaller businesses have no choice but to file for insolvency as they otherwise risk becoming personally liable, Degenhart said.

“For many of these companies it’s a black or white decision," Degenhart told reporters on Wednesday, after Continental abandoned its earnings outlook over the coronavirus.

A government spokesperson confirmed that the phone meeting took place but declined to comment further. The scheduled conference call was first reported by Stuttgarter Zeitung.