A video of rioters breaking into the dealership also shows some of them climbing on to the Mercedes cars and attempting to kicking violently on the windshields. Some also end up jumping on these vehicles.
By : HT Auto Desk
| Updated on: 01 Jun 2020, 10:32 AM 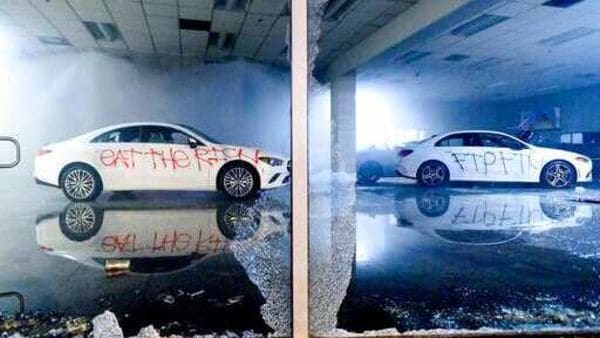 Vandalized cars sit in a Mercedes-Benz of Oakland showroom during in Oakland, California.

Several vehicles inside a Mercedes-Benz showroom in California's Oakland were vandalised and reportedly damaged when rioters broke in during clashes over the death of an unarmed American man of African origin at the hands of police in Minneapolis.

Demonstrations have spread to several cities in the United States after a cop was caught on tape with his knee on the neck of a man later identified as George Floyd. Floyd was pinned down by Derek Chauvin who has since been removed from the police force and has been charged with murder. Floyd had been arrested for allegedly using counterfeit money at a store to buy cigarettes on Monday evening. He could not be revived after being put into an ambulance.

The anger over the incident has led to massive protests in several cities - from New York to Atlanta and beyond. Reports of vandalism and rioting have emerged as well and in one such incident, people broke into a Mercedes showroom in Oakland and left many of the vehicles here damaged. CBS San Francisco reported that the dealership was also ransacked and was left in a sorry state due to a fire. 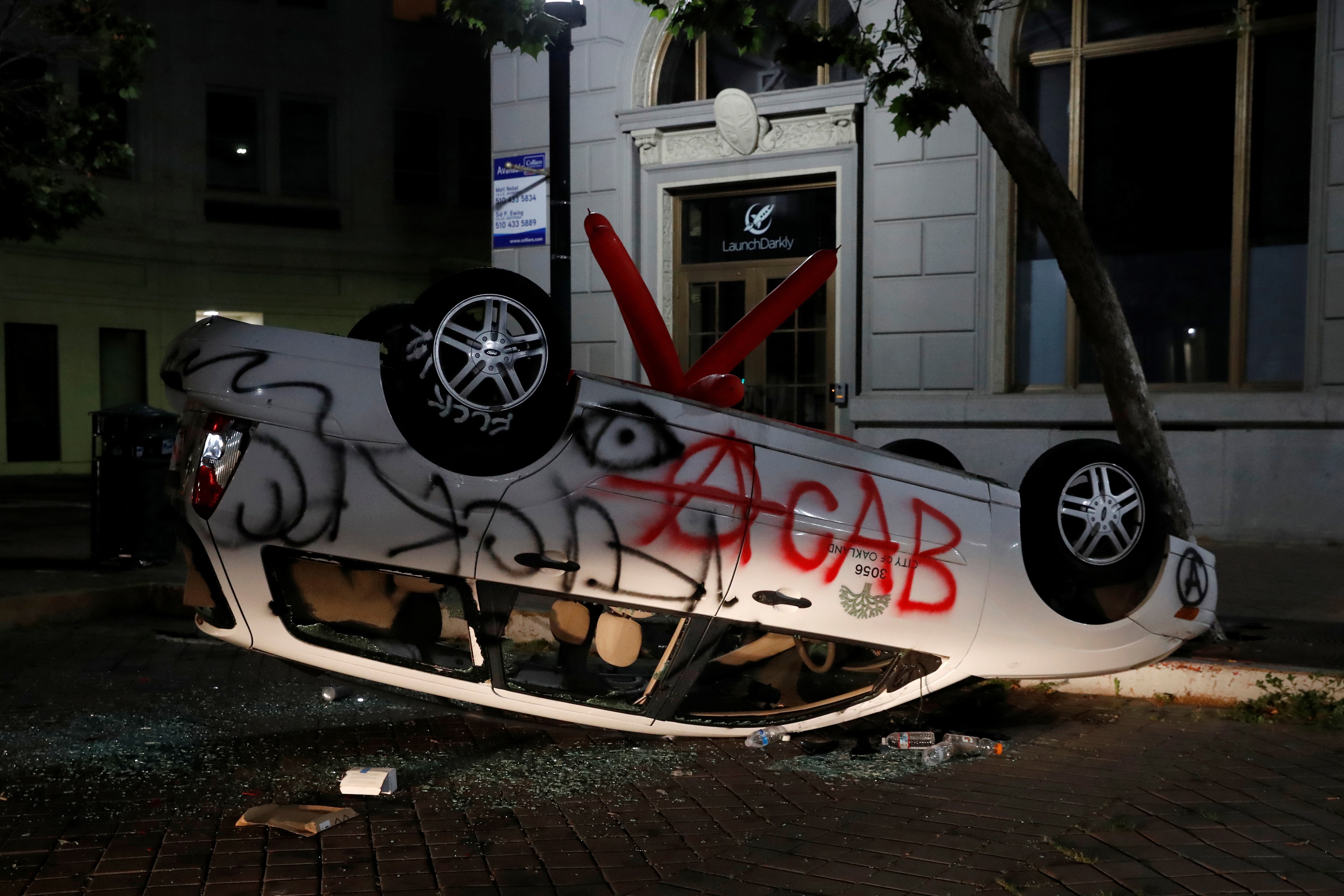 An overturned and vandalized City of Oakland vehicle is seen during a protest. (REUTERS)

A video of rioters breaking into the dealership also shows some of them climbing on to the Mercedes cars and kicking the windshields violently. A few of them also end up jumping on these vehicles.

Opinions are enormously divided on what has followed in the aftermath of Floyd's death with one school of thought espousing that he was killed because he was black and that it is about time race-based discrimination and police brutality comes to an end. Many others have highlighted that protesting has given way to rioting and looting with numerous videos of people breaking into branded shops and walking away with items on display emerging on social media. 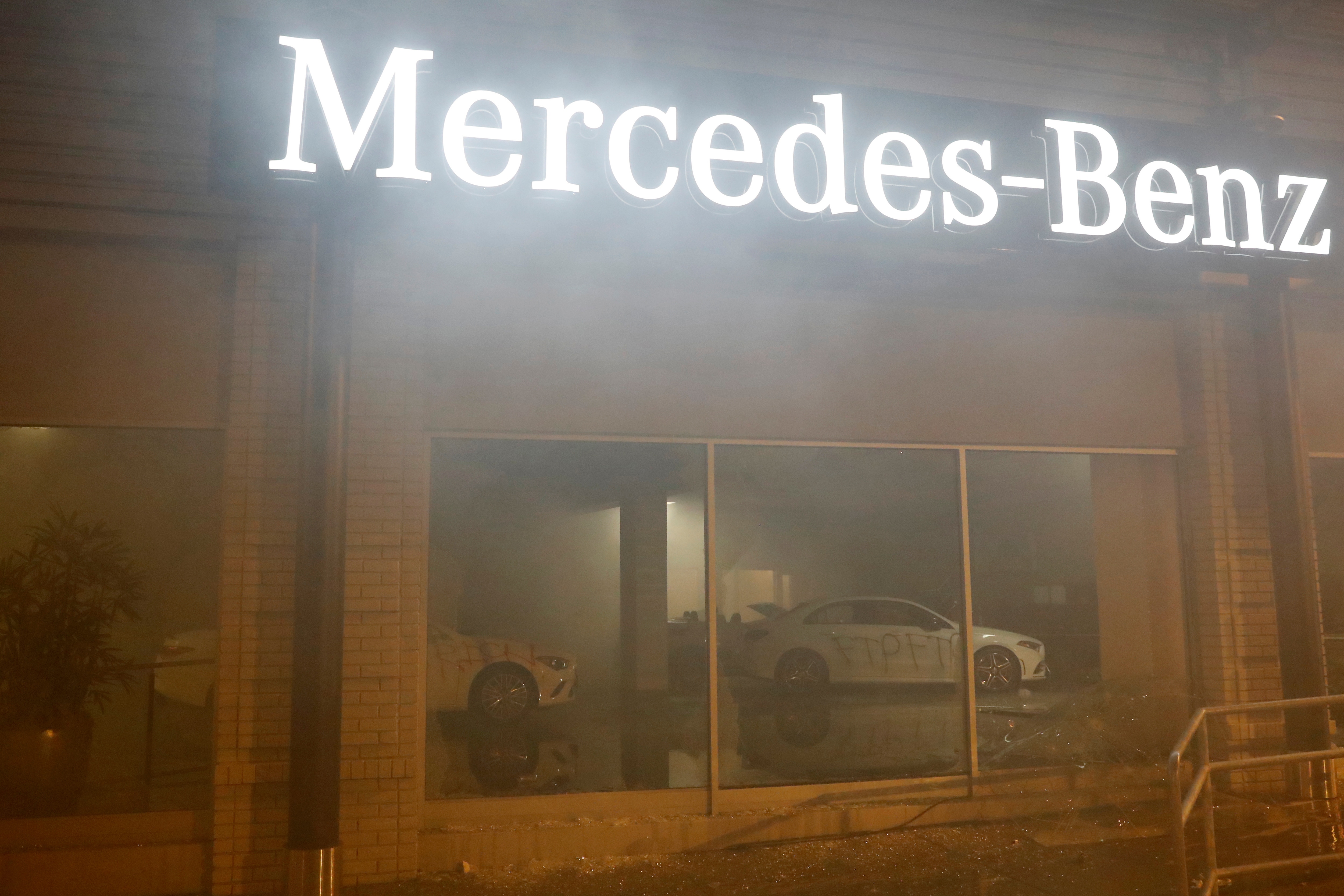 Smoke is seen from a vandalized Mercedes-Benz dealership. (REUTERS)

US president Donald Trump himself waded fuel to the fire with a tweet. "These THUGS are dishonoring the memory of George Floyd, and told him that the Military is with him all the way. Any difficulty and we will assume control but, when the looting starts, the shooting starts. Thank you!"