A curfew was imposed between 8pm and 5 am in a bid to control the unruly elements among demonstrators protesting against the killing of George Floyd by Minnesota police officials.It is reported that several bridges were closed to traffic.
By : HT Auto Desk
| Updated on: 04 Jun 2020, 09:51 AM 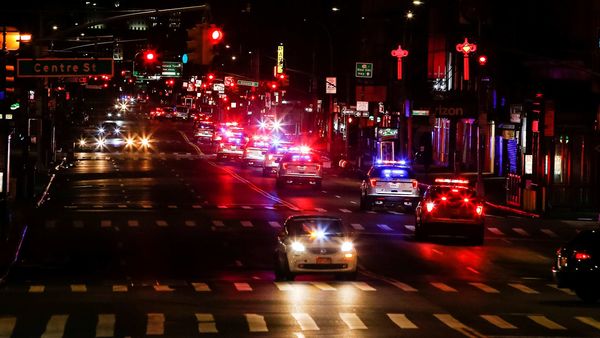 NYPD officers secure the Soho area to prevent looters during curfew following demonstrations in reaction to the death in Minneapolis police custody of George Floyd.

The usually bustling streets of New York City were taken over almost completely by the red and blue of New York Police Department vehicles as a curfew imposed amid protests over George Floyd's killing sought to restore peace and order in the city.

New York, much like several other US cities, has seen widespread protests following the death of George Floyd, an American of African origin, at the hands of police officers in Minneapolis. The incident has triggered a massive backlash with protesters voicing their angst against racism and police brutality. The protests have also resulted in looting, arson and acts of vandalism and hooliganism which has prompted law-enforcement agencies to adopt a strict posture.

New York City has witnessed tense clashes between cops and protesters. Incidents of cop cars being damaged, shops being broken into and buildings being spray painted have contributed to the decision to enforce a curfew.

Mayor Bill de Blasio announced that the curfew would be in effect between 8pm and 5 am between Wednesday evening and Thursday morning. Local media reported that several of the iconic streets in the city wore a deserted look with entry of vehicles - apart from those belonging to emergency services - prohibited from entering.

Associated Press reported that bridges were closed to traffic and that cops began moving against people on the streets after the curfew had begun. Many were reportedly arrested in Manhattan and Brooklyn on charges of violating curfew rules.

The US is currently grappling with massive demonstrations with the call to bring racism to an end echoing around the world as well. Most believe that Floyd, who had been pinned down by a cop identified as Derek Chauvin - along with three other cops - after he allegedly used counterfeit money at a store to buy cigarettes, would have been treated differently had he been white.