CEO of General Motors Mary Barra said in an interview that the self-driving vehicle unit Cruise, owned by the carmaker, is expected to deliver the first vehicle in next five years.
By : Sabyasachi Dasgupta
| Updated on: 10 Jun 2020, 09:40 AM 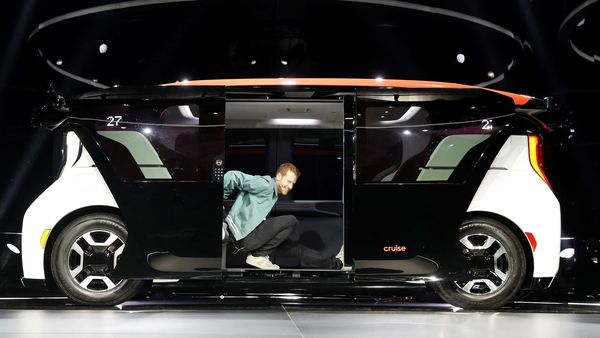 Cruise LLC, the autonomous-car startup majority-owned by General Motors, is likely to come up with the first of its self-driving vehicles by 2025. In an interview recently, CEO of General Motors Mary Barra said she expects to see the first of the Cruise vehicles on the road in the next five years.

Barra said, "I definitely think it will happen within the next five years. Our Cruise team is continuing to develop technology so it's safer than a human driver. I think you'll see it clearly within five years."

In January, Cruise unveiled its self-driving vehicle Origin which is purpose-built for shared ride-hailing and can be converted to a delivery vehicle. At least four people can fit in the shuttle facing each other while the vehicle drives itself. Unlike many autonomous test vehicles, the sensors and lidar that act as the vehicle’s eyes are better integrated into the body of the vehicle.

Cruise went on a hiring spree in 2019 to bring in software-development talent and launch an autonomous ride-hailing service. But it recently decided to lay off almost 8% of full-time employees to cut costs in the midst of the coronavirus pandemic.

When launched, Cruise will be competing against other self-driving services like Argo.ai, which has partnered with Ford Motor and Volkswagen, and Waymo, the self-driving car unit of Alphabet. All of them are racing to be first to develop the best self-driving system and build a brand name the way ride-hailing companies Uber Technologies and Lyft have.