GM has said it plans to invest $27 billion over the next five years in technologies that support its vision of a zero-emissions future.Ford has said it is fully committed to do its part to meet the Paris accords.
By : Bloomberg
| Updated on: 09 Dec 2020, 12:41 PM

Logos of GM and Ford

The vast majority of the world’s largest transport companies, including General Motors Co., Ford Motor Co. and British Airways owner IAG SA, are taking insufficient action to limit global warming to within 2 degrees Celsius, according to a report backed by money managers overseeing about $22.8 trillion.

Only 18% of airline, car and shipping companies have set carbon-reduction plans in line with pledges to keep global warming to 2 degrees Celsius or below by 2050, according to the Transition Pathway Initiative. The global program based at the London School of Economics assesses climate risks and companies’ preparedness for a low-carbon economy.

The report called out airlines as the sector’s clear laggards largely because of their reliance on offsets to meet emissions targets rather than gross reductions. United Airlines Holdings Inc., which aims to halve its emissions by 2050, was the only carrier of 23 assessed to have goals that align with the most ambitious sections of the Paris Agreement. In addition to IAG, Delta Air Lines Inc. and Southwest Airlines Co. also were deemed not to be aligned with the Paris accord, which was agreed to five years ago.

A Delta representative reiterated that the airline is investing $1 billion over the next 10 years to become carbon-neutral, and said the company retired older, less fuel-efficient planes in 2020.

Southwest said it couldn’t comment on the Transition Pathway Initiative’s report without having seen it, but pointed to the airline’s “aggressive efforts in place to reduce resource consumption and emissions, manage waste, operate efficient aircraft and routes, and repurpose materials to minimize our carbon footprint." 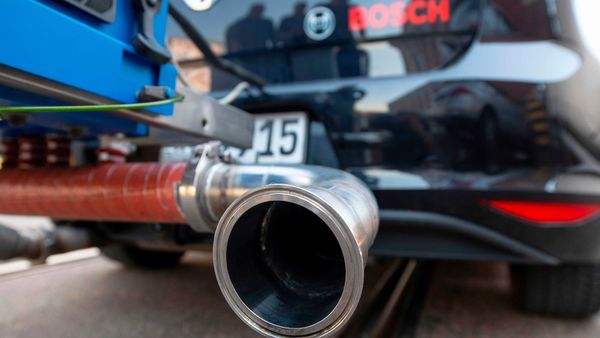 GM said it plans to invest $27 billion over the next five years in technologies that support its “vision of a zero-emissions future." The carmaker aims to lead the North American market for electric vehicles.

Ford said it is “fully committed to do our part" to meet the Paris accords.

“Our team is working right now on a plan that will put us on a science-based path to become carbon neutral globally by 2050," Ford said in an emailed statement. “Actions we’re taking are already changing our trajectory, including standing with California to adopt meaningful greenhouse gas emissions reductions."

The Transition Pathway Initiative report highlights potential investment risk in a sector that’s been hammered by the Covid-19 health crisis. The aviation, shipping and auto industries haven’t yet realized that the pandemic may have changed public perceptions of the need to travel, and government policies are taking a harder line with major polluters, the report said.

“Transport assets including vehicles, factories and infrastructure are in danger of becoming stranded," Emma Howard Boyd, chair of the U.K.’s Environment Agency and co-founder of the TPI, said in a statement accompanying the report.

Some 62 publicly listed airlines, carmakers and international freight-shipping companies were analyzed for the report, which said the transport sector is responsible for about a quarter of total energy-related carbon-dioxide emissions worldwide. GM and Ford were among 10 automakers that the TPI said aren’t aligned with the Paris Agreement. The group said Tesla Inc., Volkswagen AG and Daimler AG are top performers within the car industry.