Tesla cars are known as much for their abilities to move on electric power as the innovative - often path-breaking - technologies they offer. The California-based company is often referred to as a technology company as well as a car maker because of all the software features it packs. And with news of Tesla readying for an India debut, many here have been wondering if all or at least some of these features will make it to the units which are offered in the country. And will these work, and how.

Here are, therefore, five features that Tesla cars have on offer the world over but could be a massive challenge in Indian conditions:

Tesla urges drivers to keep hands on the steering wheel and always pay attention to the raod and surroundings even when the vehicle they are in is in AutoPilot mode. And yet, viral videos online have shown many engrossed in phone calls, reading books and even taking a nap while on the move, leaving the task of reaching the intended destination to the on-board systems. 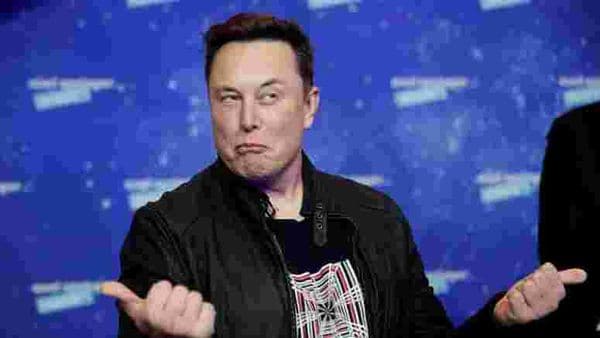 No go? Elon Musk has been a vocal supporter of autonomous driving technology. (REUTERS)

CEO Elon Musk has made bold and brazen claims of how the long list of sensors, radars and cams on Tesla vehicles make these safer in autonomous mode - mitigating human errors, he says - but the question many here in India have on their minds is if the congested roads in the country will be a challenge just too difficult for the AutoPilot system to tackle.

(Also read: Tesla with 8 cams can be superhuman, says Musk)

Of course, the system will need to be extensively tested by Indian agencies and will need an approval if and when it seeks to manifest on roads here.

Taking cue from autonomous driving, in-car gaming is also catching up in Tesla cars the world over. But imagine the driver letting his EV negotiate the traffic while being engrossed in a game on the in-car infotainment screen? Scary.

Noise pollution is a very real problem in most Indian cities with vehicles sharing the bulk of the blame on open roads. Without much in the form of strict enforcement, honking - often needless and repetitive - is considered a right.

Tesla has started offering customized honking - from Christmas carols to even fart sounds - in its cars in some countries. This one apparently simple software update could see a cacophony of a different and higher level than the one already observed. Heard bollywood jingles when trucks honk? Well if you like these, Tesla horns may still be music to your ears.

Some Tesla cars on offer boast of a Ludicrous Mode which promises zero to 100 kmph at blazing fast speeds. Now it isn't that Indian roads haven't seen high-performance vehicles ans supercars blazing past. But with great power comes great responsibilities and no superhero can ensure safety if the road conditions aren't ideal and if driving sensibilities aren't properly in place. Of course, this one point pertains to specific persons and locations and is not a reference to the entire country as such. It is as true in India as it is elsewhere.