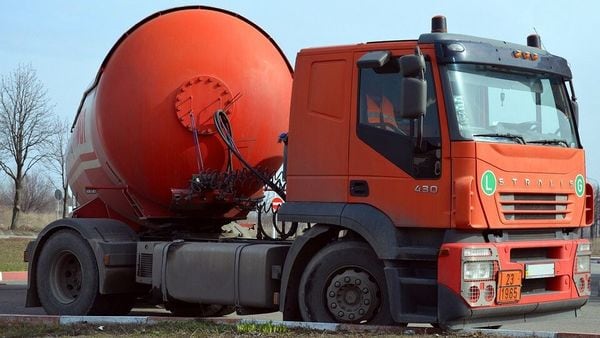 There is a reason why automotive fuel has been referred to as ‘Black Gold' in the past - it is precious. And while international crude prices have been on an upswing, supply across the UK has been hit big time owing to unavailability of drivers for tankers. While mile-long lines in front of fuel stations have become common, often breeding heated arguments and even fistfights among motorists, a truck stop in Portsmouth recently saw a crime of a different and much more grave kind - fuel robbery.

UK media outlets reported that a fuel tanker carrying around 43,000 litres of fuel eventually reached its destination with just 13,000 litres. It is reported that CCTV footage from a truck stop revealed that the vehicle had become prey to thieves who climbed on top of the tanker and may have used a pipe to pull out the fuel stored in it.

The owner of Portsmouth Truckstop told BBC that the incident came to light when the meter showed the tanker had significantly less fuel than it ought to have had. “ “It looks like a professional job, I’ve been watching through the footage again and again," said Dave O’Donnell. “We’re going to have to make an arrangement with our supplier and take the hit for it, but we’re just a family business so it’s a massive hit. With everything going on with the fuel shortage right now, it’s just a crazy time."

It is estimated that the fuel stolen was worth £45,000 or approximately ₹45 lakh.

The fuel situation in the UK has turned from bad to worse as many fuel stations are temporarily shutting down due to unavailability of automotive fuel. While the country's political bosses are assuring a resolution soon, there has been no relief on ground for people at large thus far.