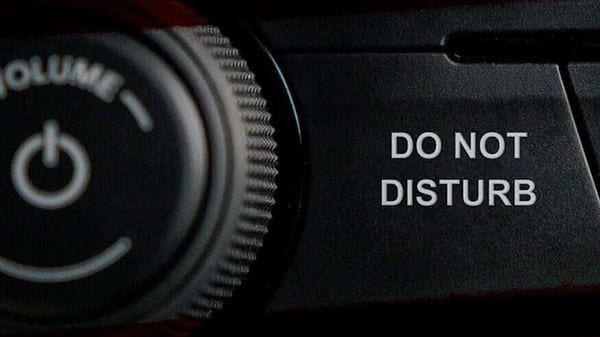 This photo was tweeted by @Dodge.

A number of car makers came out with announcements that instantly appeared strange before one look at the date made everyone understand these aren't likely to be real at all. Yes, April Fool's Day was celebrated with much enthusiasm by car makers but when Dodge joked that there would be a 'Do Not Disturb' mode on its SRT models, Ford was quick to point out how its Mustang already had something similar and that it wasn't kidding.

Dodge had stated that its SRT models would get a mode that would bring down the noise levels - more of a roar - of these cars. While the engine and exhaust notes of Dodge SRT models are one of the iconic highlights, these can be a problem in a quiet neighborhood. As such, Dodge stated there was relief in the offing. "We finally listened to your neighbors. Introducing the all-new SRT(R) Do Not Disturb Mode. No more noise complaints," it tweeted. The #AprilFools hashtag in the same tweet, however, gave it all away.

Ford got up and took not.

Mike Levine, product communications manager at Ford, took to Twitter to highlight how the Mustang actually has had a similar mode since 2018. "Mustang has had since 2018. Not #AprilFools. It’s #GoodNeighbor mode," he wrote.

Levine was referring to a mode which makes use of the active exhaust system to bring down the decibels from the pipes. There is also a timer that can be programmed so that the mean machine can be quietened down at scheduled times.

As muscle and performance cars go, the sound plays a key role in the experience of driving or even being inside one. The grunt satiates some of the expectations of an enthusiast but it is also true that quieter localities are likely to have a problem. With hybrid and/or full battery power in upcoming cars though, this may be a thing of the past - silence mode or not.