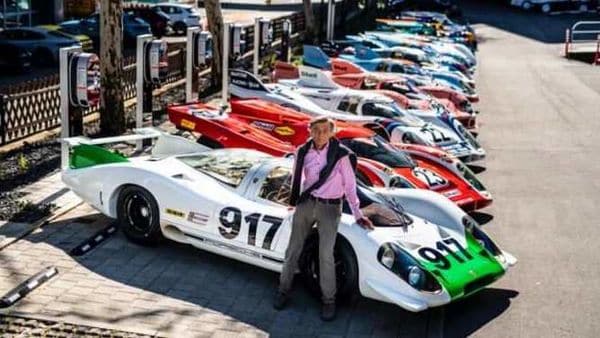 Mezger's career included designing the world-famous 'Mezger engine' for the 901 and 911 in the early 1960s.

Former Porsche designer Hans Mezger, one of the fathers of the iconic 911 model, died at the age of 90. Mezger was responsible for the racing vehicles and racing engines of the Stuttgart company for more than three decades. He had joined Porsche on October 1, 1956 in the calculation department and rose to become one of the most celebrated sports car engineers.

Porsche owes him not only the Porsche 911's air-cooled, six-cylinder boxer engine but also the overall construction of the 917 and its twelve-cylinder engine as well as his creation of the TAG Turbo Formula One engine.

For more than three decades, Hans Mezger was responsible for Porsche's most successful racing cars and engines. "The news of his death represents a very sad loss for us. Our thoughts are with his family," said Michael Steiner, Member of Porsche's Executive Board, Research and Development. "We thank Hans Mezger for his extraordinary engineering achievements, which he has done for motorsport in general and for Porsche in particular. His innovations for our series sports cars will remain unforgotten forever."

Mezger's career included designing the world-famous 'Mezger engine' for the 901 and 911 in the early 1960s. In 1965 Mezger was promoted to head of the department for race car design. This department was the key to a new quality and dynamism in motorsport for Porsche. In Mezger's own words, “Sometimes we also worked around the clock – like in 1965 when we created the Ollon-Villars Bergspyder in just 24 days and shortly thereafter the 910." With its construction of a tubular frame, fibreglass body and design for new Formula 1 tyre technology, it became the blueprint for all the race cars that were built in the years to follow. 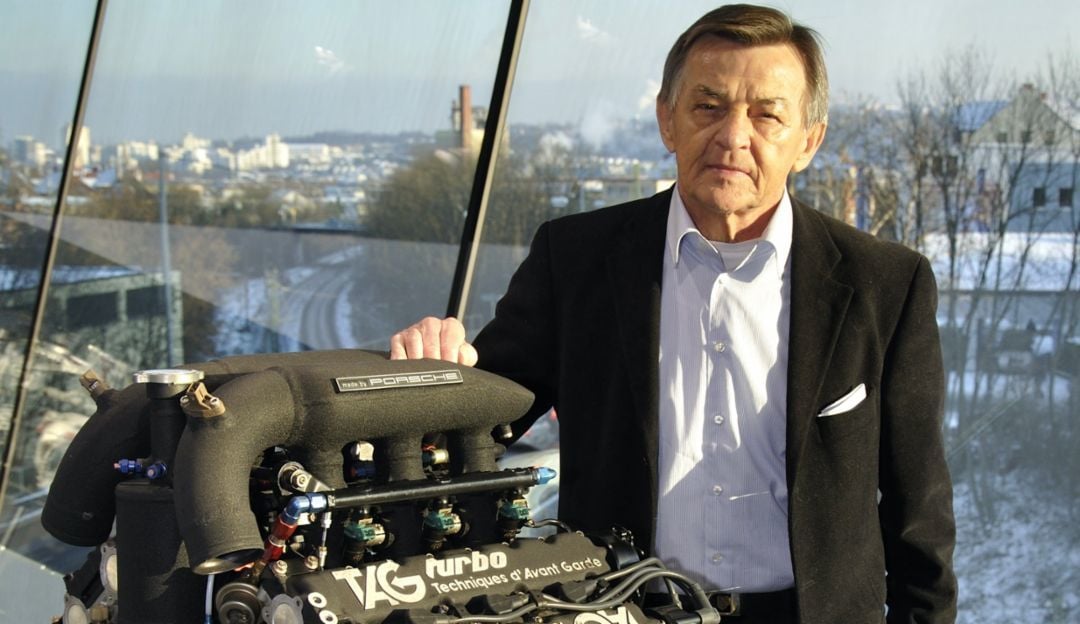 Porsche also relied on this design principle for the development of the 917 in 1968. With the 917, Porsche won the Le Mans for the first time. The 917 dominated at Le Mans and in the World Sportscar Championship in 1970 and 1971. For the first time, turbocharging was successfully given a responsiveness that allowed racing cars and series-production vehicles to be used on all race tracks and public roads. A technology that makes Porsche a pioneer in this field and Mezger and his team brought to series production in 1974 in the form of the 911 Turbo.

(Also read: Porsche focuses on speed of a different kind)

But perhaps the most outstanding project took off in 1981 when Ron Dennis and his McLaren racing team set out in search of a powerful turbo engine for Formula 1. In the end, Porsche was chosen and the decision was made to design and build a completely new engine, as well as to provide on-site support during the races. Again, Hans Mezger was the creative mastermind behind the 1.5-litre, V6 engine with an 80-degree bank angle, which would later produce more than 1000 PS. In 1984, Niki Lauda became world champion with it, and again in 1985, followed in 1986 by Alain Prost. The TAG Turbo won a total of 25 races, plus the two Constructors' World Championships in 1984 and 1985.