Centre underlines that the driving force behind making FASTags mandatory is to ensure smooth flow of traffic at toll plazas.A PIL had questioned the decision to make FASTag mandatory and to impose penalty on vehicles which don't have it.
By : HT Auto Desk
| Updated on: 15 Apr 2021, 10:32 AM 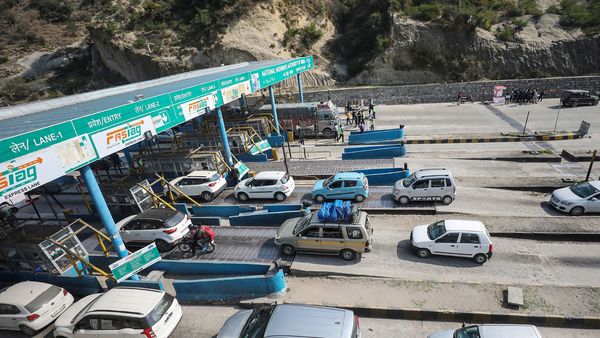 The Centre has informed the Bombay High Court that use of FASTag won't breach a citizen's fundamental right of movement. The Union government made the submission in an affidavit filed inn the court last week in what is its response to a Public Interest Litigation (PIL) filed.

The PIL reportedly challenged the decision to make FASTag mandatory for all vehicles for electronic toll collection. It also raised questions on the decision to impose penalty on vehicles which don't have a FASTag.

In its response, the Centre informed that the driving force behind making FASTags mandatory is to ensure smooth flow of traffic at toll plazas across the country. It was added that electronic payment would reduce travel time by bringing down lines at toll-payment booths. "The mandate of using FASTag does not violate a citizen's fundamental right to freedom of movement," the Centre's affidavit stated.

Concerns pertaining to FASTag have ranged from possibly obstructing a citizen's right to movement and a few have also raised doubts over the possibility of surveillance. But the government has maintained that the not only is it a safe and secure way of making payments but use of FASTag would result in fuel savings.

It is mandated that all vehicles have FASTag displayed on the front screen but if a vehicle doesn't have it, it must use the extreme left lane and possibly pay double in cash to move past a toll booth.

FASTag refers to an RFID sticker that is digitally scanned and payments are made through electronic means. The vehicle has to come close to a boom barrier for the FASTag to be scanned.

FASTag stickers can be purchased through multiple ways but this here might be the quickest and easiest.