Over 1.15 crore FASTags have been issued so far with 1 lakh FASTags being sold daily.The daily FASTag transactional worth has already crossed ₹52 crores and the daily transactional value stands at around ₹30 lakh.
By : HT Auto Desk
| Updated on: 31 Dec 2019, 12:01 PM 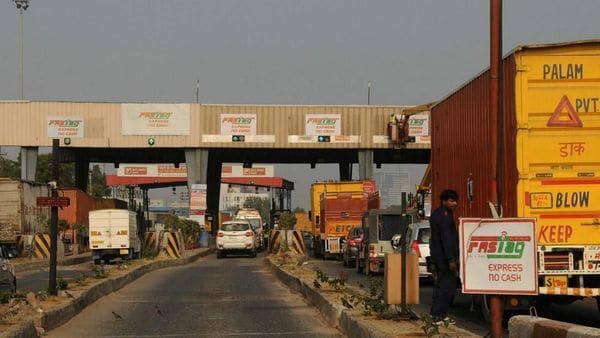 FASTag rollout has gathered massive momentum since it was made mandatory on national highways across India by the central government from December 15. While there have been some issues related to FASTags, these have been quickly addressed by the National Highways Authority of India which is working overtime to deal with any other emerging hiccup as well.

NHAI on Monday informed that over 1.15 crore FASTags have been issued so far with 1 lakh FASTags being sold daily. The daily FASTag transactional worth has already crossed ₹52 crores and the daily transactional value stands at around ₹30 lakh.

There have been some reports of problems in the past few weeks which have ranged from logistical complexities to technical glitches. NHAI however has stepped up its game, deputing field officers and diligently monitoring issues from its headquarter.

(Also read: How to buy and install a FASTag)

NHAI also claims that FASTags' rapid adoption has already reduced bottlenecks at toll plazas on highways across the country and helped in seamless movement of vehicles.

To further simplify the process of recharging a FASTag, the central government recently included BHIM UPI app in the list of ways to add money to the cards.

FASTag is a sticker that uses Radio Frequency Identification (RFID) technology to help cameras at toll booths capture it and make appropriate deductions - the toll amount. All a car fitted with this sticker has to do is approach a toll booth and pass by it - without any need to stop. If there is a boom barrier, it would automatically open.

This technology promises to not just save time, fuel and money by ensuring smooth traffic movement on Indian highways but also help towards cashless economy envisioned by Prime Minister Narendra Modi.

A FASTag can be bought from a number of banks, PayTM, Amazon or NHAI outlets.