Home Auto News Evs Not Yet Priority For Volkswagen In India. Here's Why

EVs not yet priority for Volkswagen in India. Here's why

Ashish Gupta, Brand Director for Volkswagen in India, speaks exclusively to HT Auto, on where India figures in Volkswagen's plans towards electrification.
By : Sabyasachi Dasgupta
| Updated on: 03 Apr 2021, 11:40 AM 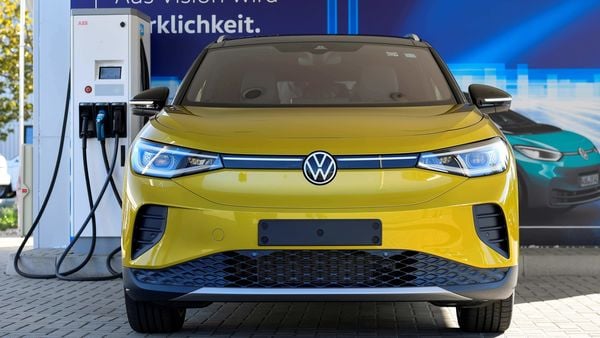 Last month, Volkswagen held an event similar to Tesla's Battery Day to spell out the carmaker's strategy on electric vehicles in coming days. Volkswagen Group's CEO Herbert Diess outlined the areas where the carmaker is going to focus in an attempt to produce EVs going forward, including setting up at least 6 gigafactories around the world to help its manufacturing. However, India will have to wait for some more time to see the world's second largest carmaker to bring their fleet of electric cars to India.

On the sidelines of an event recently, Volkswagen India's Brand Director Ashish Gupta spoke exclusively to us, giving a clear idea of what the German auto giant plans for India as far as electric cars are concerned. According to Gupta it will still take some years for India to develop the right environment to make electric cars a more viable option. "The inflection point, I think, in India will come somewhere around 2025-26 when most of us OEMs will also start looking at electrification in India."

(Also read: With ID.4, Volkswagen has electric SUV that Whispers, not shouts)

Gupta went on to explain why two-wheelers and commercial vehicles will hold key to the future of electrification in India. He said, "When these vehicles come into market with mass volumes, they actually prepare the infrastructure for battery manufacturing, battery collection, other components and charging infrastructure to some extent." Gupta feels, the two-wheeler and commercial vehicle industries will play a key role to lay the ground work based on which the four-wheelers can also operate smoothly.

Another key factor that Volkswagen is looking at is total carbon neutrality when it comes to manufacturing or operating electric vehicles. In India, power generation is still largely dependent on fossil fuel like coal. According to Volkswagen, it does not help truly reduce carbon footprint if an electric vehicle is required to be charged through power generated by coal.

Volkswagen Group CEO Diess recently remarked, "We operate globally, and you have to be frank here, in several regions throughout the world, electric vehicles are probably not going to be the solution for reducing CO2 emissions. This might apply to India, where they only have coal-powered energy."

Despite all its reservations, Volkswagen might bring in its ID.4 electric car to India later in 2022. However, there are no confirmation on this yet. For now, the carmaker is happy to concentrate and implement its India 2.0 project and go for an aggressive strategy to make its presence felt in the SUV segment.