The report backed by Aston Martin states it takes 78,000 kilometers (48,000 miles) for EVs to be cleaner than conventional cars because of production- and charging-related emissions.
By : Bloomberg
| Updated on: 03 Dec 2020, 12:58 PM

Electric-vehicle researchers are criticizing an automaker-sponsored report they say overstates how many miles battery-powered cars need to be driven before they’re cleaner than those running on combustion engines.

The report compiled by British carmaker Aston Martin Lagonda Global Holdings Plc and several of its industry peers made headlines in the wake of U.K. Prime Minister Boris Johnson’s 2030 ban on vehicles lacking a plug. One widely covered claim was that it takes 78,000 kilometers (48,000 miles) for EVs to be cleaner than conventional cars because of production- and charging-related emissions.

Auke Hoekstra, a researcher at the Eindhoven University of Technology, puts the figure at more like 16,000 miles. He says the report underestimates emissions from combustion-engine cars by roughly half and doesn’t take into account fuel production. It also bases its approximation of the carbon footprint of EVs on one model built by Polestar, the carmaker jointly owned by Sweden’s Volvo Cars and China’s Geely Holding Group.

The discord reflects the strain automakers are under to meet government mandates that fundamentally reshape their industry. The U.K. and state of California have set targets to phase out combustion engines entirely by 2035, while China is drawing up plans for the majority of vehicles sold in the world’s biggest market to be electric by then. 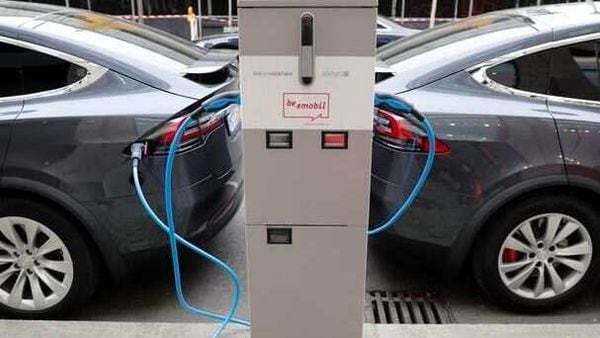 “The momentum for EVs is being powered by governments and manufacturers investing billions in batteries, vehicles and associated infrastructure," said David Watson, chief executive officer of EV-charging company Ohme Technologies U.K. Ltd. “That’s a juggernaut that won’t be stopped by the odd piece of misinformation, especially when the claims as so easily disprovable."

Aston Martin contributed to the report with the intention of exploring the best approach to achieving the U.K. government’s goals to reduce road-transport emissions, a spokeswoman said in an email. Other companies listed on the report include Honda Motor Co. and McLaren Automotive Ltd.

Honda said it supports a multi-pathway approach to decarbonization. McLaren contributed information pertaining to its expertise with regard to reducing vehicle weight.

Johnson’s gas and diesel car ban poses a serious threat to Aston Martin. The Gaydon, England-based company put off the launch of an all-electric Lagonda marque by three years, to 2025, and paused work on its first battery-powered model, called Rapid E, in January. It announced a deal with Daimler AG in October to access the Mercedes-Benz maker’s electric and hybrid powertrains through 2027.

To meet stricter emissions standards for passenger cars in Europe this year, Honda has joined Fiat Chrysler Automobiles NV in pooling its fleet with Tesla Inc.’s EV lineup. While McLaren plans to start rolling out gas-electric models next year, the company has said it won’t launch a fully electric car until the second half of this decade.

Michael Liebreich, a clean-energy and climate adviser and founder of the consultancy now known as BloombergNEF, which Bloomberg LP acquired in 2009, wrote in a blog post that Hoekstra had “comprehensively debunked" the carmakers’ report.

“Myths and misinformation" about EVs “slow down attempts to address climate change, they cause public money to be wasted and they destroy good investments," Liebreich said.