Six-year-old FreeWire’s products are used to charge electric vehicles and power events and construction sites. It plans to have more than 2,500 ultrafast charging stations by 2025.FreeWire has raised $100 million in total funding to date, including the new round.
By : Bloomberg
| Updated on: 26 Jan 2021, 09:31 AM 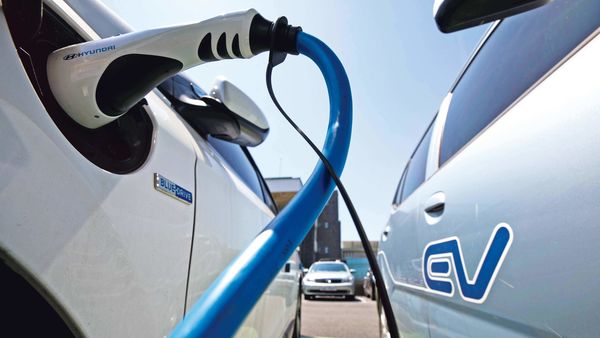 FreeWire Technologies Inc., an electric vehicle charging and power startup, has raised $50 million in a series C funding round.

FreeWire has raised $100 million in total funding to date, including the new round, according to Sosinov. The company’s valuation in the new round couldn’t immediately be learned.

“One of the reasons we placed our bet here is that FreeWire’s technology is more advanced," said Riverstone partner Robert Tichio, who will join the company’s board. “Its commercial relationships have even further and deeper penetration than almost all of its public comps."

Six-year-old FreeWire’s products are used to charge electric vehicles and power events and construction sites, its website shows. It plans to have more than 2,500 ultrafast charging stations by 2025.

BloombergNEF forecasts that the US will need 330,000 public chargers installed by 2025 to support its base-case scenario of 4.5 million consumer EVs and e-vans on roads. Fast-chargers with integrated storage are becoming increasingly popular because they reduce the cost of updating grid networks and avoid excessive loads caused by EV charging.

In Germany, utility provider EON SE has partnered with Volkswagen AG on a similar network of chargers with an integrated battery system.

Macquarie Group Ltd. and Volvo AB are among FreeWire’s current shareholders, according to its website.

BP’s involvement in the round is the latest among energy companies making bets on green infrastructure and alternative-energy. FreeWire, based in San Leandro, California, has an agreement with BP to install more than $50 million of fast-chargers in the UK over the next five years, according to a statement.

On Monday, Royal Dutch Shell Plc agreed to buy Ubitricity, which operates the largest public electric vehicle charging network in the UK It’s the most recent in a string of such investments by Shell. Total SE has made similar bets, most recently investing in US fuel-cell startup Hyzon Motors through its venture capital arm, Total Carbon Neutrality Ventures.