Nissan Motor Corp had the biggest sales decline so far this year, while its partner Renault’s sales also fell.
By : Bloomberg
| Updated on: 17 Dec 2019, 01:58 PM 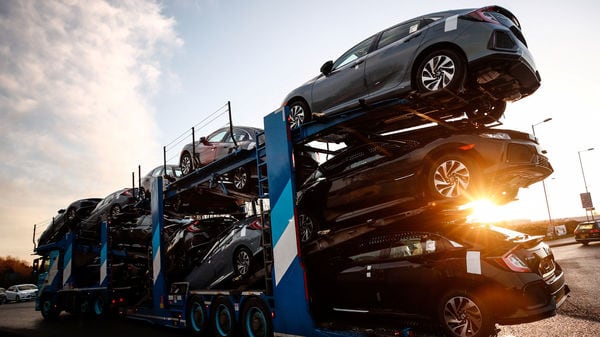 European car sales rose 4.5% in November, the third straight monthly gain for automakers that have been battered all year by economic woes, trade wars and a broader industry slowdown.

The monthly rise wasn’t enough to turn the year around so far, with cumulative sales since January still down 0.3%, the European Automobile Manufacturers Association said in a statement Tuesday. Four of the region’s five biggest markets registered a drop since the start of the year.

Like the two previous months, the November figure was helped by a low base for comparison in 2018, when sales dropped off sharply due to carmakers’ difficulties adapting to new rules on emissions.

The exception was Germany, where sales have risen 3.9% so far this year. The Stoxx Europe 600 Automobiles & Parts index of companies fell 0.4% in early trading.

The latest regional statistics indicate the year is shaping up to be lackluster. The industry is battling a slowdown, while under pressure to spend huge sums to develop electric and self-driving vehicles.

Among the carmakers reporting to the association, known as ACEA, Nissan Motor Corp. had the biggest sales decline so far this year, registering a 23% drop, while its partner Renault SA’s sales fell 0.8%. Toyota Motor Corp. and Daimler AG led increases with 3.7% and 3.6% respectively.

Some automakers have deepened ties or decided to merge, while manufacturers worldwide are eliminating more than 80,000 jobs in the coming years, according to data compiled by Bloomberg News, as they push to lower costs.

Electric vehicles will become a focus in 2020 for Europe, where carmakers face the phasing in of stiff penalties for selling polluting cars. Sales of pure electric and hybrid vehicles are expected to grow 35% in the first nine months of the year, according to BloombergNEF, though they will still make up a tiny fraction of all sales in the region.