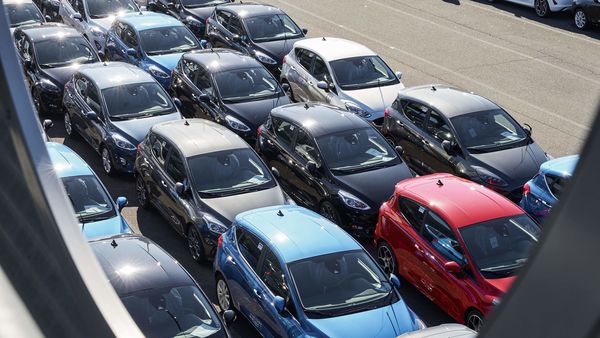 Ford is in the fast lane to connect all its cars to the internet. (File photo used for representational purpose)

With sales still well below last year’s levels, hopes are fading for the more V-shaped recovery seen in China. Germany’s Volkswagen AG on Tuesday sought to temper optimism, telling workers in a staff newspaper that it’s put a freeze on new hiring despite a pick-up in orders.

So far, governments’ attempts to entice consumers haven’t sparked a major rush to showrooms. They’re seeking to steer would-be buyers in the direction of electric vehicles and hybrids. Lease prices for some battery-powered cars have plummeted.

France saw sales rise by 1.2% after the state introduced incentives at the beginning of June. Most other countries in the region -- including Germany, Italy, Spain and the U.K. -- still saw double-digit declines.

Globally, car sales are recovering as economies exit strict lockdowns. The China Association of Automobile Manufacturers said last week that the outlook for this year is improving, predicting a drop of 10% to 20% for the year. In Europe, car sales are expected to fall 20%, according to a forecast by Bloomberg Intelligence.