Passenger car registrations in France increased by 1.2% to 233,818 in June compared with the same month last year.Industry production in France stands at about 60% of pre-crisis levels and is expected to rise to about 85% in July.
By : Bloomberg
| Updated on: 01 Jul 2020, 01:10 PM French car sales rose for the first time this year, sending a strong signal that government incentives are helping the sector claw back from a deep slump triggered by the coronavirus.

Passenger car registrations increased by 1.2% to 233,818 in June compared with the same month last year, according to figures published Wednesday by industry group CCFA. It was the first gain since December, before the outbreak forced shutdowns of factories and dealerships across Europe.

“It’s encouraging even if we have to remain cautious" about what will come next, Luc Chatel, head of French auto lobby La Plateforme Automobile said on BFM radio.

For the first six months of the year, French sales are down 38.6%, CCFA said.

Industry production in France stands at about 60% of pre-crisis levels and is expected to rise to about 85% this month, Chatel said. 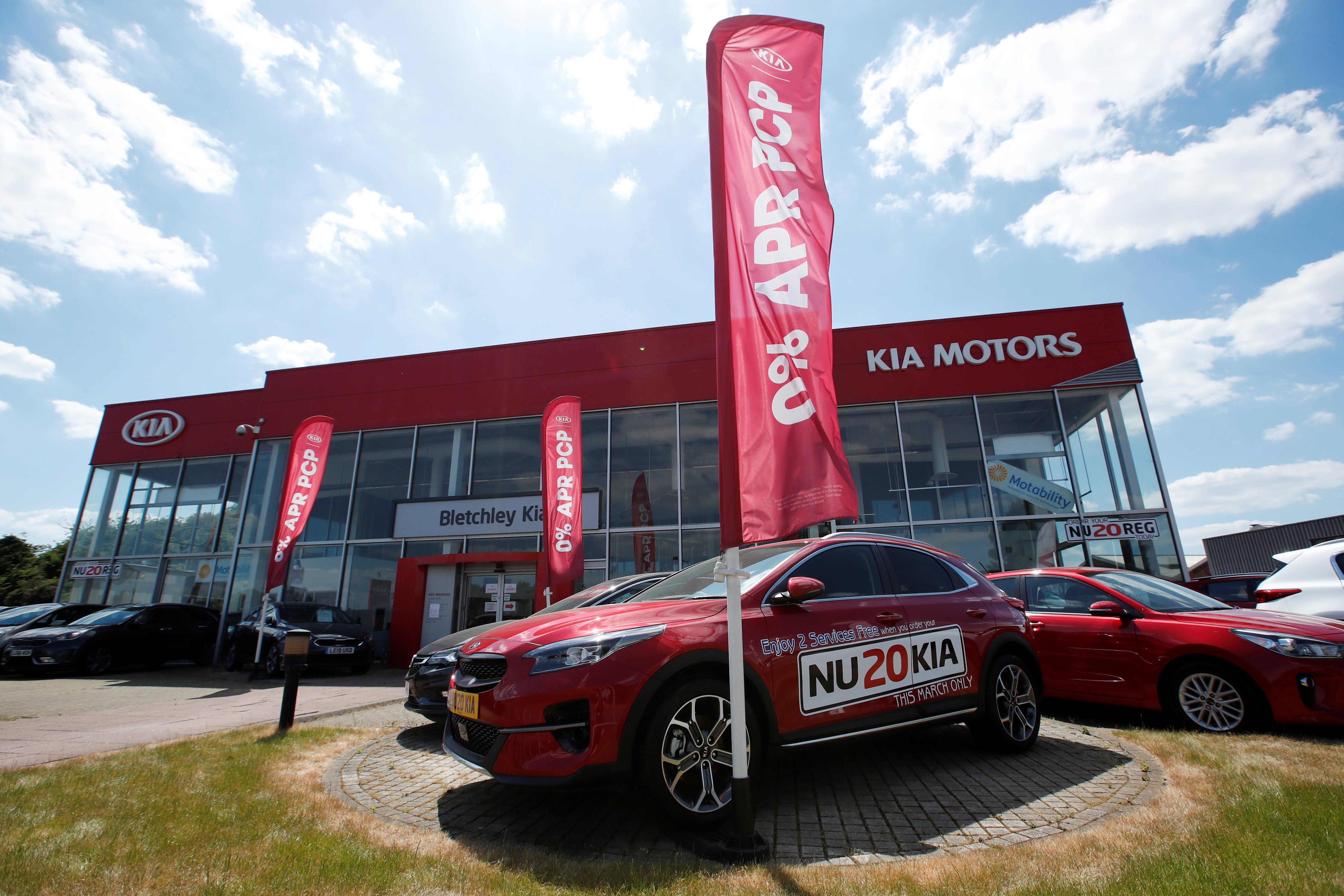 A Kia Motors car showroom is seen following the outbreak of the coronavirus disease. (REUTERS)

The European car industry was decimated by the coronavirus pandemic after governments ordered showrooms shut for about two months and consumers remained under lockdown. Sales across Europe are forecast to drop by a record 25% this year -- the steepest percentage drop on record -- to the lowest total since 2013.

On a monthly basis, though, the worst is likely over. Europe’s auto registrations fell 57% in May, an improvement from April’s 78% plunge and the French data adds to sentiment of a turnaround.

Nevertheless, carmakers are preparing to announce results this month for what is likely to be a devastating second quarter. France, Germany and Spain have unveiled aid packages for the industry, while Britain’s main automotive trade group has called for government support, saying one in six jobs are at risk.

President Emmanuel Macron unveiled a raft of measures in May aimed at reviving France’s car industry and drawing workers back to local factories.

Incentives took effect June 1 for the purchase of electric cars and a cash-for-clunkers plan encourages consumers to trade in older, more polluting cars for 200,000 new vehicles.

Chatel said the quota will likely be used up next month, calling for a phasing out of some of measures to avoid “stop and go" effects on the market.