Jack Grealish has appealed to people to stay at home during the Covid-19 outbreak but was reportedly himself out in a Range Rover which he accused of crashing into nearby cars.
By : IANS
| Updated on: 19 Jun 2020, 15:18 PM 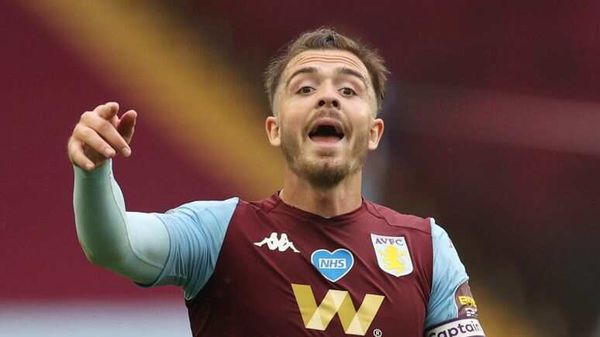 Aston Villa captain Jack Grealish has been charged of violating multiple driving rules after being involved in a car crash during the lockdown period in March in Birmingham.

According to a BBC Sport report, Grealish is accused of hitting parked cars before fleeing the scene in Solihull on March 29.

The 24-year-old now faces charges of driving without due care and attention and failing to stop at the scene.

A statement released by West Midlands Police, as per birminghammail.co.uk read: "A Premier League footballer has been charged with driving without due care and attention, and failing to stop at or report a collision."

"An investigation was launched after we responded to reports of a car hitting parked vehicles and the driver fleeing on foot," it added.

He is due to appear before the Birmingham Magistrates' Court on August 25 to answer the charges.

Aston Villa played out a goalless draw against Sheffield United on Wednesday evening as Premier League returned to action after the COVID-19 hiatus. They will next take on Chelsea on Sunday.