Tesla shares have more than quadrupled this year with its market value standing at more than $380 billion, far above that of its global rivals.
By : Bloomberg
| Updated on: 05 Sep 2020, 09:39 AM 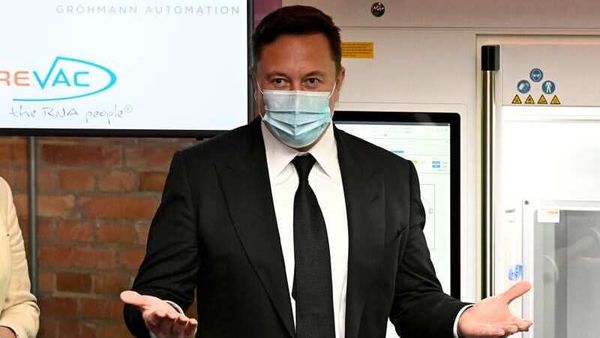 On Friday, Musk cleared the final threshold for a third tranche of his moonshot award, pegged to Tesla’s financial and market value. The award comes amid the worst week for the automaker’s stock since July. A Friday afternoon rally in the automaker’s stock price ended a three-day rout that saw the company’s market capitalization drop by almost $90 billion from its all-time high on Monday.

It means another 8.44 million stock options will be at his disposal, adding to the 16.9 million that were unlocked in May and July, adjusting for the firm’s recent 5-for-1 stock split. Collectively, they would yield him the multibillion-dollar windfall if he exercised them and immediately sold the shares.

The latest sum, which is roughly worth $2.9 billion after accounting for the cost of exercising the options, is more reminiscent of the hauls collected by hedge fund managers in rare blowout years than the $15-million-a-year packages awarded to the typical S&P 500 chief executive officer.

But Tesla has always charted its own path with Musk’s compensation, promising the CEO massive payouts if certain goals are achieved. And investors have gone along. Some have reasoned that if the company meets those targets, Musk’s compensation wouldn’t matter because shareholders would also reap fabulous returns.

By contrast, Tesla’s median employee received $58,455 in pay and benefits last year. The company has said in regulatory filings that equity awards are available to all its employees.

Shares in the Fremont, California-based company have more than quadrupled this year. Its market value stands at more than $380 billion, far above that of its global rivals, despite producing far fewer vehicles. That increase -- and the stock options -- have helped boost Musk’s net worth by $68.6 billion, making him the fourth-wealthiest person on the planet, according to the Bloomberg Billionaires Index.

His latest tranche was unlocked after Tesla’s 6-month and 30-day average trailing market value both exceeded $200 billion. Another performance goal -- logging a combined $3 billion of adjusted earnings before interest, taxes, depreciation and amortization topping $3 billion over four quarters -- was achieved as of June 30, a filing shows.