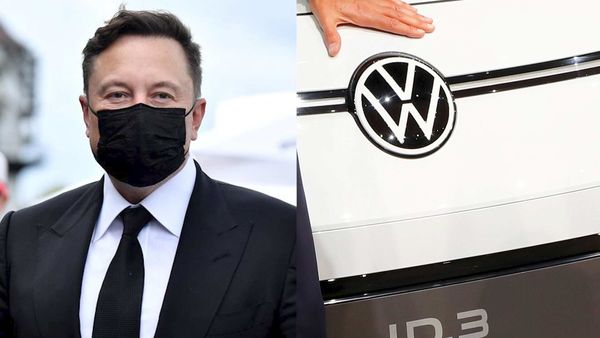 Elon Musk test-drove the ID.3 when he made a final stopover to meet with one of his biggest competitors, Volkswagen CEO Herbert Diess.

Before Tesla Inc Chief Executive Officer Elon Musk returned to the US after a three-day visit to Germany, he made a final stopover to meet with one of his biggest competitors - Volkswagen AG CEO Herbert Diess.

The two auto executives met at a small airport in Braunschweig for about two hours on Thursday evening and Musk test-drove VW’s ID.3 electric-car, according to people familiar with the matter. Musk also inspected the ID.4 electric SUV that VW will launch toward the end of the year, said the people, who asked not to be identified as the meeting wasn’t public.

A spokesman for VW confirmed that Diess met with Musk, but declined to comment on details.

(Also read: Tesla declares war on Volkswagen, may be working on hatchback EV to rival ID.3)

Musk had toured Europe’s largest economy since Tuesday, visiting pharmaceutical company Curevac GmbH, before moving on to Berlin for meetings with politicians and a visit of the factory Tesla is building outside the German capital in Gruenheide. The site would be Tesla’s first car-factory in Europe and could assemble as many as 500,000 vehicles a year, underpinning Musk’s attack on the German auto establishment.

Diess has praised Musk’s achievements several times in the past, both publicly and during internal events.

The VW CEO on Friday lauded his rival yet again, saying in a LinkedIn post that Tesla’s new factory brings “trend-setting future automotive technology" to Germany.

“Tesla will live up the competition in Germany and accelerates the transformation of our established industry significantly," he said.