Electric vehicles to become a whole lot cheaper in Delhi. Here's why

Delhi wants to spearhead the EV movement in India.Delhi and the central government is determined to make EVs more affordable for the masses.
By : HT Auto Desk
| Updated on: 11 Oct 2020, 20:01 PM 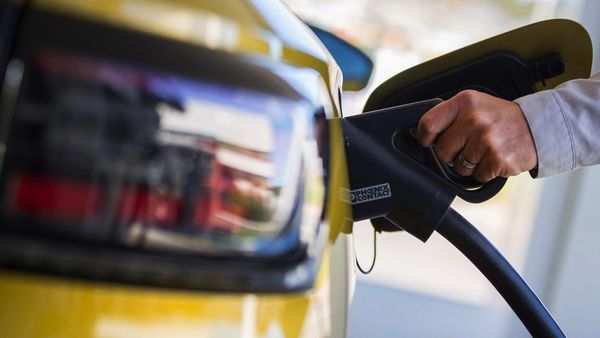 An electric vehicle being charged at a dedicated charging station. (File photo used for representational purpose)

The time to buy an electric vehicle (EV) in Delhi may be now with the AAP government deciding to do away with the road tax on such products under its EV policy announced in August. Road tax forms a significant part of the final price of any vehicle and the decision to remove it for battery-operated vehicles is expected to give a massive impetus to their popularity.

Affordability, along with options available, infrastructure and range, is a key aspect of how popular EVs are anywhere and the decision to remove road tax on such vehicles addresses this particular aspect. Bringing down buying cost of EVs to help more and more buyers make the switch is being looked at by several countries around the world. And while incentives, exchange and even scrappage deals are ways that governments are looking to usher in an EV movement, India too is at the cusp of making EVs more common here than ever before. E-two-wheelers are expected to pave the way for India to usher in an EV revolution,. (File photo) (Bloomberg)

Delhi is seen by many to be the focal point in India's EV revolution. The Delhi government in August had announced its 'Delhi Electric Vehicle Policy' with CM Arvind Kejriwal touting it as the best in India and among the best globally. Under it, his government will waive registration fee and road tax, and provide incentive of up to ₹1.5 lakh for new electric cars in the national capital. There will also be incentives of up to ₹30,000 on electric two-wheelers, autos, e-rickshaws and freight vehicle. The policy also envisages installation of 200 charging stations - one every three kilometres.

Another - and perhaps the most significant - reason for Delhi spearheading the EV movement here is because of the infamous levels of pollution here, especially in winter months. And while several factors contribute to an alarming AQI level, vehicular pollution also plays a role. Speaking about the decision to remove road tax on battery-operated vehicles, Kerjriwal reminded that this is also a step in the fight against pollution. "Another crucial step towards ensuring a pollution-free Delhi. This incentive-based policy will encourage large scale adoption of electric vehicles, and bring us closer to fulfilling our dream of making Delhi the EV capital of India," he tweeted on Sunday.