The soft silvery-white metal is a vital ingredient in rechargeable batteries of electric vehicles, including those made by Tesla.
By : Bloomberg
| Updated on: 30 Sep 2020, 07:28 AM 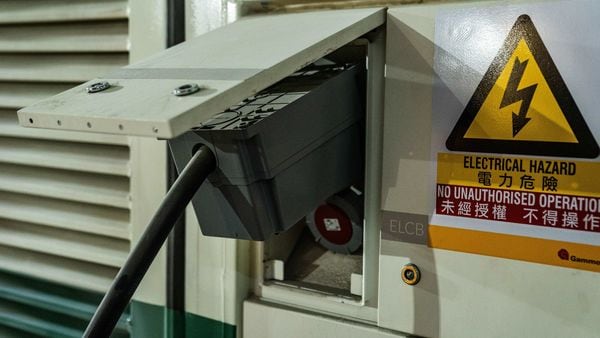 File photo use for representational purpose.

Lithium producers must reinvent mining methods for the key metal used in rechargeable batteries to meet rising demand from the electric-vehicle industry, according to Standard Lithium Ltd.’s top executive.

“The industry’s going to have some challenges as higher purity lithium compounds are required -- they’re going to have to reinvent themselves," Standard Lithium Chief Executive Officer Robert Mintak said in a phone interview. “We’re not going to be saddled with 20-year-old processes and refining capabilities."

The soft silvery-white metal is a vital ingredient in rechargeable batteries of electric vehicles, including those made by Tesla Inc., and Mintak sees both challenges and supply shortages unless lithium producers turn to more unconventional methods to fulfill demand. Standard Lithium is already embracing new ways to recover lithium.

The Vancouver-based company opened its first direct lithium extraction plant in El Dorado, Arkansas this month, with the facility using a new technology that allows for a 90% lithium recovery rate. That compares to a typical recovery rate of 40% to 60% for the industry, Mintak, 57, said.

Companies operating in South America have become the world’s lowest-cost producers by using a method of pumping briny mud from underneath Andean salt flats and letting it evaporate, though the process results in much lower recovery rates and uses as much water as a standard copper operation, according to BloombergNEF.

Lithium prices almost tripled between mid-2015 and mid-2018 as the world’s fleet of electric vehicles hit 5 million and the auto industry began to fret over the supply of raw materials. A glut of the metal in the past two years has caused prices to plunge by more than 50%, though Mintak expects the lithium market will face supply shortages by 2025.

Lithium has been getting more attention since Tesla CEO Elon Musk made a series of announcements at the company’s first Battery Day event on Sept. 22. The automaker plans to vertically integrate its lithium supply by using a novel technology to mine the metal through clay deposits. Musk said Tesla obtained the rights to a lithium clay deposit in Nevada, adding that the U.S. state has enough of the metal to electrify the entire U.S. fleet. Tesla is also working to improve its battery technology to potentially reduce lithium use.

“There has to be a price that makes it attractive to build a project," he said. “You’re not going to have companies selling compounds if they’re not going to make any money."

A global push for EV adoption, helped by government subsidies and incentives, means that demand for lithium is not going away. Companies like Volkswagen, Ford, Mercedes and Amazon having started shifting their focus to electric vehicles. Mintak expects the European market will take off and fuel a “sweet spot" for demand in 2022 and 2023.

“Every carmaker is getting into it," Mintak said. “Many of them aren’t even on the road yet, so the demand is going to go up."