Icra report also states that despite an unprecedented demand shock caused by the Covid-19 pandemic, the outlook for the e-two-wheelers remains largely unchanged in FY21 due to a low base.
By : PTI
| Updated on: 21 Dec 2020, 19:30 PM

The FAME-II scheme aimed to push faster electric vehicle (EV) adoption crossed the halfway mark of its three-year tenure (FY2020-FY2022), on September 30, 2020. However, it has managed to achieve only 2 per cent of its target (out of covering 10 lakh e-2Ws) sales during the period.

FAME (Faster Adoption and Manufacturing of (Hybrid) and Electric Vehicles)-II has set a target of one million e-two wheelers by the end of FY22.

In the first half of FY21, the actual two-wheeler (2W) wholesale sales volumes were 38 per cent lower on a year-on-year (y-o-y) basis, Icra said.

Icra said despite an unprecedented demand shock caused by the pandemic, the outlook for the e-2W remains largely unchanged in FY2021 due to a low base.

As per the findings of a nationwide survey of 16 e-2W dealerships in November, the stringent eligibility criteria set for claiming the subsidy under the FAME-II scheme have been a deterrent – mainly due to a minimum localisation requirement and exclusion of lead-acid based e-2W, the ratings agency said.

In addition, lack of consumer awareness (regarding government subsidy), low acceptability led by lack of product knowledge and after-sales service concerns have been dominant reasons for the scheme's lacklustre performance, it added. 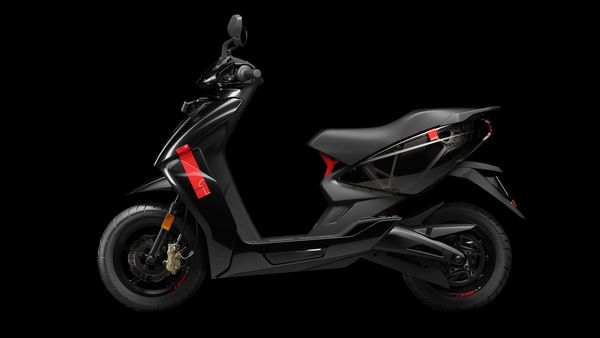 The Ather Series1 has been conceptualized and designed to celebrate the amplified performance of the 450X electric scooter.

“The e-2Ws segment was expected to witness faster penetration among all segments of the automobile market, given the favourable economics and limited reliance on a widespread charging infrastructure. However, e-2W sales vis-à-vis targets set under FAME II have been tepid so far, with the same constituting less than 1 per cent of total two-wheelers (2W) sold in FY2020 in India," said Shamsher Dewan, Vice-President, ICRA.

However, ICRA expects a 15-17 per cent y-o-y contraction in domestic 2W volumes in FY2021, amid an evolving pandemic situation, persisting health concerns and economic uncertainties. In H1 FY2021, the actual 2W wholesale sales volumes were 38 per cent lower on a y-o-y basis, Dewan said.

According to the survey, nearly 50 per cent of the dealers mentioned that e-2W sales had declined post FAME-II, as the number of models eligible for subsidy under the scheme have declined, it said.

Over 80 per cent of dealers who participated in the survey indicated that dominant e-2W customers are those who are looking for a second 2W for the household, mainly for kids and women and with school and colleges closed, that purchase of a second vehicle has been deferred in the current fiscal.

Among other factors, a third of the walk-in customers lack awareness about the financial incentives offered by the government on e-2W, while the rest have limited understanding as well as apart from higher upfront cost of an e-2W, the potential customers are also concerned about their durability and after sales services, Icra said.