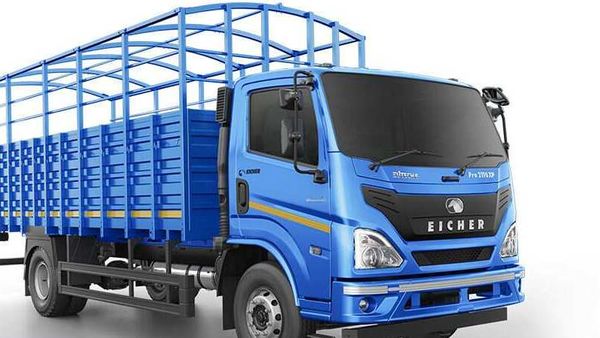 Eicher Motors on Wednesday posted a 6.79 per cent increase in its consolidated net profit after tax at ₹532.59 crore for the third quarter ended December 31, 2020, on the back of steady growth across business verticals.

The company had reported ₹498.70 crore during the October-December period of 2019-20 fiscal.

Total consolidated revenue from operations rose to ₹2,828.26 crore as compared with ₹2,371.01 crore in the year-ago period, Eicher Motors said in a regulatory filing.

On a standalone basis, the company said its net profit after tax declined marginally to ₹488.46 crore as compared with ₹488.94 crore in the year ago period.

Total revenue from operations, however, increased to ₹2,804.12 crore in the period under review as compared with ₹2,363.53 crore in the October-December period of 2019-20.

"The third quarter has seen steady business growth and encouraging performance across the board. Consumer sentiment and demand have improved, and this is reflected in our volumes for the quarter," Eicher Motors Managing Director Siddhartha Lal said.

At VECV, demand for commercial vehicles has been improving sequentially and the company has seen encouraging performance during the quarter, he added.

"At Royal Enfield as well, we saw encouraging pick up in demand and bookings over the quarter," Lal noted.

Eicher's board, which met on Wednesday, re-appointed Lal as Managing Director of the company with effect from May 1, 2021 for a term of five years.

The company said its two wheeler division Royal Enfield sold 1.99 lakh motorcycles in the quarter, an increase of 5 per cent from 1.89 lakh units in the same period of 2019-20.

"This quarter has been encouraging as we have exceeded pre-COVID production levels and had our best-ever December performance till date," Royal Enfield Chief Executive Officer (CEO) Vinod K Dasari said.

While the company has been able to stabilise its supply chain to some degree there are still a few issues with erratic supplies, as well as increase in logistics and commodity costs, he noted.

The demand has been steady and the bookings have stayed strong for the entire quarter, Dasari noted.

VECV, the company's joint venture with Sweden-based AB Volvo, recorded a profit of ₹58 crore during the third quarter, up by 89 per cent, from ₹30 crore in the same period of the previous fiscal.

"With clear signs of economic revival, the commercial vehicle industry is on the recovery path. Based on that, it is heartening to note that the truck segment has grown in Q3 over the corresponding period in the previous year," VECV Managing Director and CEO Vinod Aggarwal noted.