Ducati is going to introduce the new bikes through a five-part weekly web series starting from November 4.
By : Prashant Singh
| Updated on: 28 Oct 2020, 03:32 PM 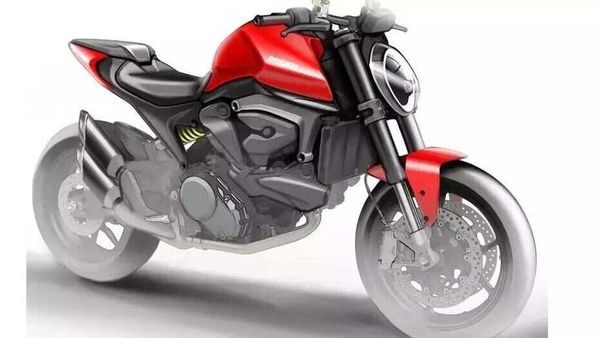 Ducati has officially announced that it is all-set to unveil a total of five new bikes in the coming few weeks. The reveals are going to be part of its annual event, the Ducati World Premiere which starts from November 4.

The company is going to introduce the new bikes through a five-part weekly web series starting from November 4 and extending all the way up to December 2 when the final episode will roll out.

The company has remained absolutely tight-lipped about the upcoming bikes and the only confirmed reveal at the moment is of the Multistrada V4. As far as other bikes go, the company has put out a teaser of its flagship ADV with knobby tyres, suggesting that there could be an ‘Enduro’ variant of the upcoming Multistrada V4. Moreover, the Italian premium bike maker has also posted a teaser hinting that it could introduce new products in the street bike, and superbike categories.

Also, the company was spotted testing out the all-new Monster streetfighter a few months back, so that could be on the list as well. A previously leaked document with VIN codings indicated that ‘1803 Project’ is most-likely the new liquid-cooled Monster. In the new avatar, the bike is expected to feature a slew of new updates including a new alloy frame replacing the older classic trellis structure.

Also expect the company to display the updated Scrambler range with the Desert X and Scrambler Motard concepts. While the bikes may not be production-ready yet but the company could use the opportunity to showcase the progress made till date in terms of development of the new bikes.