Dubai Police states the accused used high-end devices to conceal the location of the Lamborghini SUV.A joint team was formed which eventually managed to pin down the location of the Urus and nab the suspects.
By : HT Auto Desk
| Updated on: 11 Mar 2021, 01:24 PM 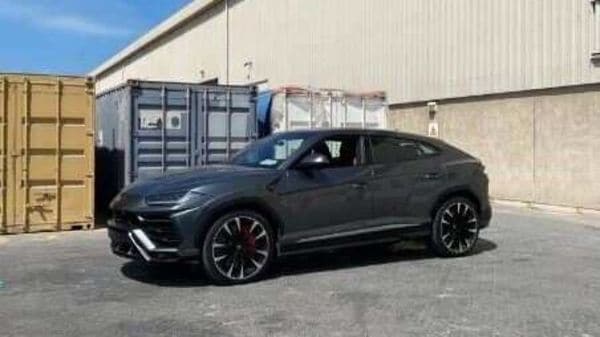 An image of a recovered vehicle posted by Dubai Police on its Facebook page.

Dubai is home to some of the most expensive, some of the flashiest and some of the most audaciously powerful vehicles anywhere in the world. Little wonder then that while Dubai may be considered a heaven of sorts by automotive enthusiasts, the city may also be targeted by those with nefarious intentions. One such group of international smugglers reportedly attempted to steal and smuggle luxury vehicles here but their plans were foiled by Dubai Police.

According to the police department, the international gang attempted to steal its first luxury vehicle worth 1.3 million dirhams (approximately ₹2.5 crore) using high-end technology and devices. Law enforcement agencies, however, played spoilsport for the accused and by making use of Artificial Intelligence (AI), managed to track them down as well as the stolen Lamborghini Urus. "This is another great achievement added to the proud record of Dubai Police in ensuring the emirate's security and safety as well as preserving people's money and property," said Lieutenant General Abdullah Khalifa Al Marri, the Commander-in-Chief of Dubai Police.

It has been confirmed that police officials here received a tip-off from a car rental office claiming a suspected theft of the Lamborghini SUV. And while the accused reportedly made use of sophisticated devices to conceal the location of the vehicle, a joint team managed to eventually locate it.

While Dubai Police has high-end gadgets to help in it in the battle against crime, it also has the most enviable fleet of vehicles. And by far. From some of the fastest cars on the planet - including a Bugatti Veyson with a top speed of over 400 kmph, to several luxury vehicles which cost a fortune, the Dubai Police garage has all the wheels any cop would ever need to ensure that city's streets are free from crime.