At least 25 vehicles were reportedly damaged at the Jeep shipping yard and plant in Detroit due to excessive flooding.Ford plant in Dearborn that builds Bronco and F-150 suffered roof leakage.Both the plants are now up and running again.
By : HT Auto Desk
| Updated on: 30 Jun 2021, 09:16 AM 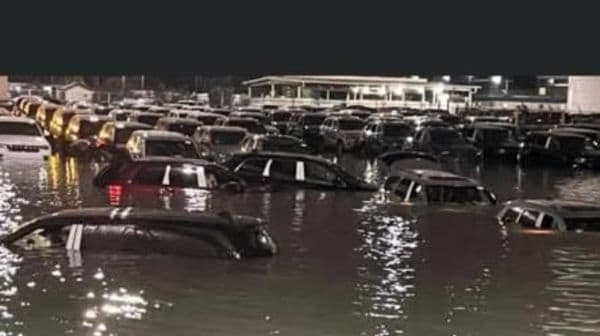 Massive rainstorm with as much as six inches of rainfall that recently hit the US cities of Detroit and Dearborn, has caused a lot of damage to the manufacturing plants of Jeep and Ford Motor. Videos and images doing round on social media show vehicles submerged in water at the shipping yard near the Jeep plant in Detroit.

Due to extreme flooding and road closures, workers remained stuck and couldn't reach the plant forcing first shift production to be halted on June 25. The production resumed only late evening on June 26, Motor 1 reported. The vehicle assessments are still ongoing while the shipping yard has now been cleared of flood water.

Dearborn was another most affected city amid the flood, where the Ford plant is located. The plant produces F-150 and Bronco vehicles but the manufacturing had to be halted temporarily due to a leakage in the roof and the difficulty for workers to reach the plant, the report stated. The production for both the vehicles have now resumed and the lost time from the missed shift is already being made up.

Michigan Governor Gretchen Whitmer had declared a state of emergency for the Detroit area and Wayne County following the rainstorms. The rain led to floods and widespread power outages. Major roads and highways turned into rivers with water reaching roofs of some vehicles.