As the Centre allows inter-state movement of vehicles all across the country, some restrictions will remain in the Unlock 1.0. Here is a quick look at the new guidelines.
By : HT Auto Desk
| Updated on: 01 Jun 2020, 02:59 PM 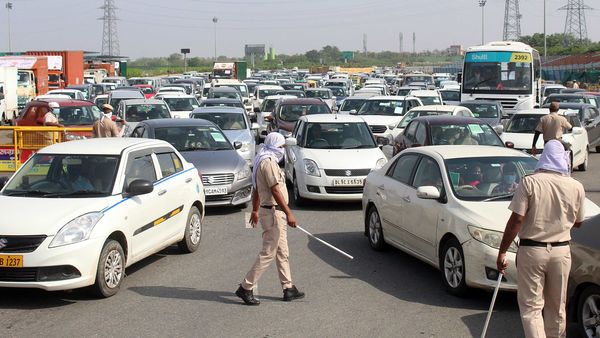 Lockdown 5.0 will see major relaxation in guidelines as far as travelling between Delhi NCR cities is concerned.

Lockdown 5.0, or Unlock 1.0 as some prefers to call it, will see major relaxations compared to the previous phase of the lockdown. This also extends to travelling between borders of states. While in most cases it has been now thrown open for all, certain restrictions still remain in some areas, especially in the Delhi NCR region where Covid-19 positive cases have been multiplying over the past few days.

Here is a comprehensive look at the driving guidelines between Delhi, Uttar Pradesh and Haryana.

Driving between Delhi and Noida:

According to the Gautam Buddh Nagar administration, despite Centre's nod to open inter-state borders for traffic, the Noida-Delhi border will remain sealed for the movement of people to and from the national capital. On Sunday, the Noida district administration issued guidelines for lockdown 5.0 saying the decision was taken based on reports that 42 per cent of the coronavirus cases detected in the district in the last 20 days has been tracked to Delhi.

"Therefore, it has been decided in public interest that status quo shall be maintained with respect to inter-state border," said the statement.

The Delhi-Noida border has been sealed since April 21, except for essential services and those with passes issued by the District Magistrate.

However, the good news is that people in essential services will no longer require passes to move between the borders now.

Earlier on Sunday, the Uttar Pradesh government allowed interstate travel but left it to the district administrations of Ghaziabad and Noida to take a call on the movement of people from adjoining New Delhi. Uttar Pradesh Chief Secretary RK Tiwari was quoted by PTI saying, "There is no ban on interstate and intra-state movement by persons or goods." But at the same time, the order said there will be a ban on the movement of people from the containment areas in Delhi to the NCR areas of Gautam Buddh Nagar and Ghaziabad.

If your residence falls under any of the containment zones earmarked by the authority, all non-essential movement will remain restricted.

(Also read: Delhi-Noida border to remain sealed for one week)

Driving between Delhi and Gurugram:

The border between Delhi and Gurugram has also remained sealed for regular traffic movement for most part of the lockdown 4.0. After Centre's advisory to reopen inter-state movement of vehicles, the state government has issued a three-phase exit guideline from the lockdown. As per the guidelines released for the first phase of lockdown 5.0, the state transport department will issue a time table of interstate and inter-district bus routes which may be revised from time to time.

The permission for interstate movement is likely to provide big relief to daily commuters from satellite towns of Gurugram and Faridabad, who travel to Delhi for work.

(Update: Kejriwal announces Delhi borders will be sealed for another week)

(Also read: These states will not allow inter-state movement of vehicles)

Guidelines for travelling during lockdown 5.0:

The norms for private vehicles and public transport will remain the same as the previous lockdown phase. Which means, no more than two people besides the driver will be able to travel inside a vehicle. For two-wheelers too, the guidelines issued in previous phase of the lockdown, will continue. Face masks remains compulsory for anyone taking their vehicles out.

The timing to venture out has changed since lockdown 4.0. Instead of 7pm-7am curfew, people will now be able to leave home at 5am. The curfew will be imposed at 9pm from now on, giving ample time for commuters to return to base.