British transport minister warned that filling up water bottles at petrol stations could be dangerous and will not helpful solve the issue.Various petrol pumps in UK put signs telling motorists that they have run out of fuel.
By : HT Auto Desk
| Updated on: 28 Sep 2021, 06:11 PM 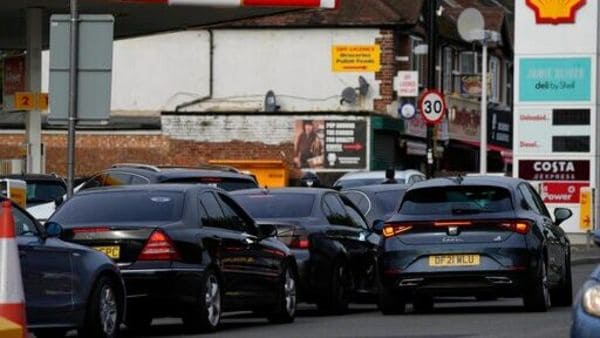 Drivers queue for fuel at a petrol station in London. Long lines of vehicles have formed at many gas stations around Britain since Friday, causing spillover traffic jams on busy roads.

Britain's transport minister Grant Shapp requested drivers on Tuesday to avoid filling up old water bottles with fuel at petrol pumps after the country went into panic fuel-buying mode. In recent days, motorists have queued up in lines and waited for hours to fill up fuel in their or in their water bottles, leaving pumps dry across major cities.

This act and frenzy has even prompted the government to put the army on standby at petrol pumps across cities. Serpentine lines of vehicles have been witnessed outside gas stations in the country after various oil firms reported that lack of drivers was causing transport problems from refineries to forecourts. However, the government has been clarifying that there is no shortage of fuel and people need to “behave normally".

Britain has put a limited number of military drivers on a state of readiness to be deployed to deliver fuel if necessary. Shapps also told citizens that there are hints of the situation easing as reserves at some gas stations had been replenished. "We're starting to see very tentative signs of stabilisation which won't yet be reflected in the queues," he told reporters. 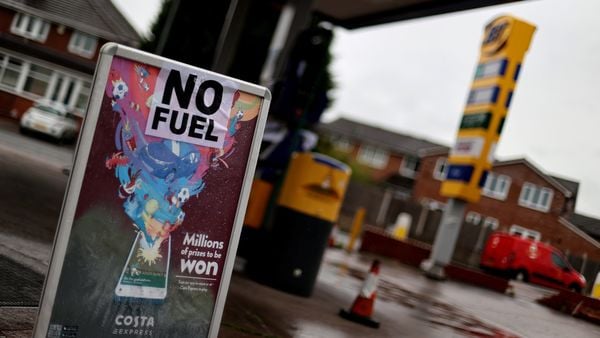 A sign showing customers that fuel has run out is pictured at a petrol station in Stoke-on-Trent, Staffordshire, Britain. (REUTERS)

He also highlighted how queuing up in front of gas stations will not help the situation rather normalcy in buying habits will help thing get resolved quicker. “In particular, no more water bottles at petrol stations: its dangerous and not helpful," he said.

Incidents of fights breaking out at various petrol stations have been reported as motorists fought for fuel. There have also been calls for essential service workers to be given priority in filling up their cars so that they can keep providing services at hospitals, etc.

There have also been massive traffic snarls reported from many parts as people looked for alternate routes to reach destinations without using up much fuel. Many people have also been seen pouring petrol or diesel into large canisters for emergency purposes.