Various oil firms in the UK reported that lack of lorry drivers was causing transport problems from refineries to forecourts.This was leading to some operators to ration supplies while others to close petrol stations.
By : HT Auto Desk
| Updated on: 26 Sep 2021, 04:05 PM 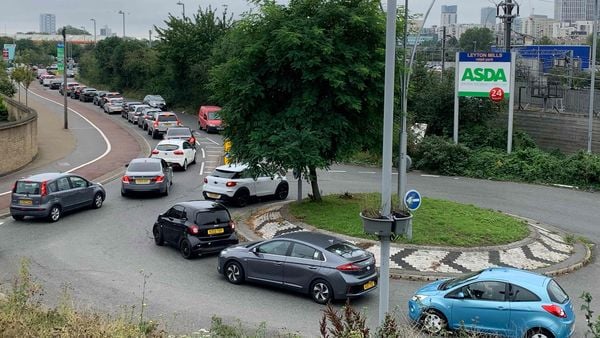 An aerial view shows customers queueing in their cars to access an Asda petrol station in east London on September 25, 2021.

After vehicles started queuing up at petrol stations in the UK in the recent days and motorists had to wait in lines for hours, the country's transport minister Grant Shapps warned citizens on Sunday to ‘behave normally’ when buying petrol. He clarified that there was no shortage of fuel and thus people need not rush to gas stations.

This comes after various oil firms in the country reported that lack of drivers was causing transport problems from refineries to forecourts, thus leading to some operators to ration supplies while others to close petrol stations. However, Shapps informed that the government was stepping in to ease a shortage of drivers at petrol stations. "There's plenty of fuel, there's no shortage of the fuel within the country," he told Sky News. 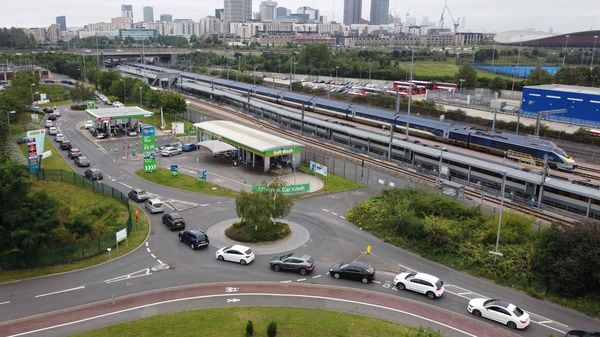 An aerial view shows customers queueing in their cars to access an Asda petrol station in east London on September 25, 2021. (AFP)

As vehicles queued up in serpentine lines outside gas stations, Shapps urged people to go to gas stations as they normally would and fill up their cars normally as and when required. "(T)hen you won't have queues and you won't have shortages at the pump either," he said.

The UK transport ministry also announced a plan to issue temporary visas for around 5,000 foreign truck drivers to help the oil firms with transportation of fuel from refineries to forecourts.

However, the country's business leaders have warned that this would only be a short-term fix and will not solve the acute labour shortage that risks major disruption beyond fuel deliveries, including for retailers in the run-up to Christmas.

Further, Shapps called the panic over fuel in the country a 'manufactured situation' and blamed it on a hauliers' association. "They're desperate to have more European drivers undercutting British salaries," he said.