UK will become the first country to pass a legislation that will make electric vehicle chargers mandatory for newly-built homes and workplaces.UK aims to ban fuel cars completely by 2030.
By : HT Auto Desk
| Updated on: 11 Sep 2021, 15:17 PM 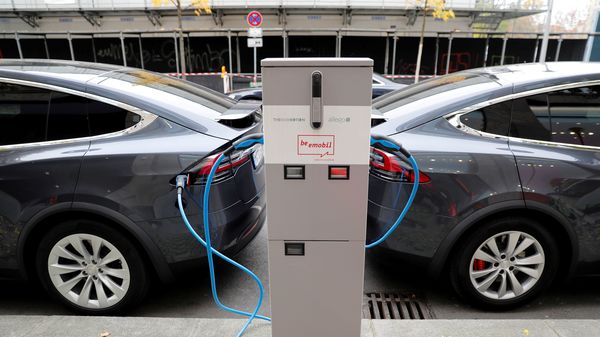 England is set to become the first country in the world that will have a law where newly constructed houses will have to feature charging points. The British government has decided to introduce new legislation this year that will need to have newly built homes and offices to come with electric vehicle chargers in England. The law will focus on new homes and offices that will need to feature smart charging devices through which EVs can be charged. New office blocks will be required to install charging points after every five parking spaces.

A report suggested that this move is being considered to help boost the confidence of people who are transitioning from fuel vehicles to electric ones as they are most anxious about the range. This proposal is part of the larger goal where the UK wants to ban combustion engines latest by 2030. Hence, the country is aggressively focusing on providing the proper infrastructure that will help it to achieve its aim.

This law was first proposed by the government in 2019, added the report. In another media report, CEO of Good Energy, a clean energy company, Nigel Pocklington highlighted the importance of this law. He shared that flexible charging at homes and offices during the day will play a crucial role in decarbonising not just transport but the entire United Kingdom's energy system.

(Also read | World of electric vehicles can have strong Afghanistan connection. But for war)

The law is expected to be implemented from next year. In addition to this, the UK government announced a free app called the EV8 Switch on the World EV Day that will calculate how much the UK drivers can save by switching to an electric vehicle compared to fossil fuel-powered vehicles. It will also provide details on carbon-di-oxide reduction and better air quality that they can achieve.