Diesel price has gone down by 60 paise since price revision resumed on Wednesday.The international oil prices also registered a fall for a continuous six-day as a consequence of worries of rising Covid-19 cases.
By : HT Auto Desk
| Updated on: 20 Aug 2021, 10:44 AM 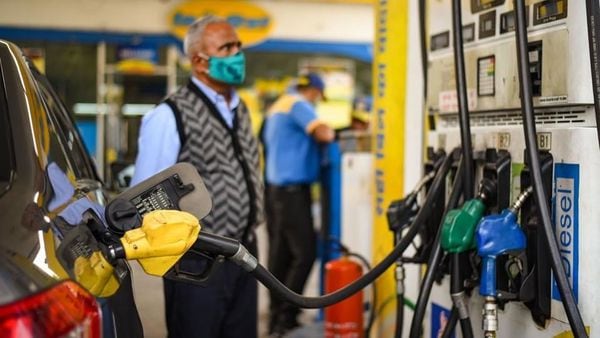 The state-run fuel retailers cut diesel rates by 20 paise a litre on Friday for the third day in a row. This took the total drop in the price to 60 paise from Wednesday which was estimated to be a 0.66 percent fall from its record level. However, the prices of petrol have been kept the same. This came after the international oil prices plummeted by 3.7 percent in the last three days because of demand concerns.

The rates of diesel started going down since Wednesday after it remained constant at ₹89.87 a litre for the past 34 days since July 15. While diesel is being currently sold at ₹89.27 per litre in Delhi, the petrol prices remain at ₹101.84 a litre since July 17, marking no change in the last 35 days. Fuel rates of state-run Indian Oil Corporation’s (IOC) pumps in Delhi do set the prices for the entire country, however, retail prices of both the fuels can differ from place to place due to differences in state taxes and local levies.

In Delhi, central accounted 32.3 percent of petrol’s price and state taxes, 23.07 percent, as per official data of August 1. On the other hand, for diesel, central taxes have been over 35.38 percent while state taxes have been at about 14.62 percent. International oil prices impact the rates of fuels as the country imports more than 80 percent crude. Steep taxes are another reason for the high rates of the two fuels.

The international oil prices did fall for a consecutive six-day as a consequence of worries of rising Covid-19 cases and the increment of supplies of crude oil in the market from large producers also saw a slight recovery. Benchmark Brent crude, which fell by over 2.6 percent to $66.45 a barrel on Thursday, opened marginally up at $66.54 on Friday and was moving around $66.71 registering a gain of 0.39 percent.