Home Auto News Demand For Tactical Wheeled Vehicles On The Rise World Over. Here's Why

Demand for Tactical Wheeled Vehicles on the rise world over. Here's why

Mostly based on existing models offered in the commercial market, most special combat vehicles benefit from a regular supply chain that makes maintenance easy.
By : HT Auto Desk
| Updated on: 15 Jun 2022, 09:31 AM 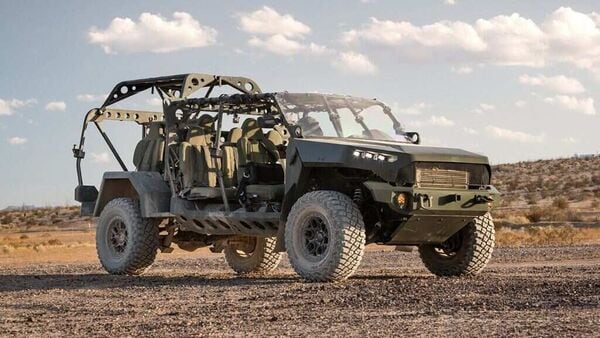 Based on 2020 Chevrolet Colorado ZR2 midsize truck, this Infantry Squad Vehicle claims to be capable yet easy to maintain and will have a global supply chain. (Photo courtesy: GM Defense)

There has been a renewed interest in Tactical Wheeled Vehicles or TWVs from many countries across the world in recent times and with a focus on modernizing respective armed forces along with ensuring a constant supply of units, these combat vehicles are once again gaining popularity.

Mostly based on existing vehicles offered in the commercial market, TWVs are finding favour primarily due to comparatively easier availability in times when parts shortage has been a major challenge to the automotive world. In particular, Light Combat Vehicles or LCVs are of big interest with a number of defense manufacturers competing to get tender orders.

According to a report in Breaking Defense, there has been a rise in demand for such vehicles from countries like Canada, United Arab Emirates, Kuwait, and Morocco, among others. “Because many TWVs are based on commercial vehicles, they benefit from a shared industrial base — including supply chains, research and development operations, and assembly and production systems," a US Government Accountability Office's report from July of 2021 has been quoted as highlighting. “This commonality allows manufacturers to maintain expertise and production line capacity to meet surge demands when necessary and support sustainment."

TWVs or specifically LCVs are mostly used for carrying out quick reconnaissance missions but may even be deployed to carry a limited number of troops for covert or overt missions. Additionally, some of these vehicles are also dispatched for emergency rescue missions and because they have some very credible 4x4 capabilities, can be driven on challenging terrain. The comparatively compact proportions ensure that these can be airlifted and air-dropped into a desired mission location area quite easily.