Deliveries of Simple One electric scooter to commence from June 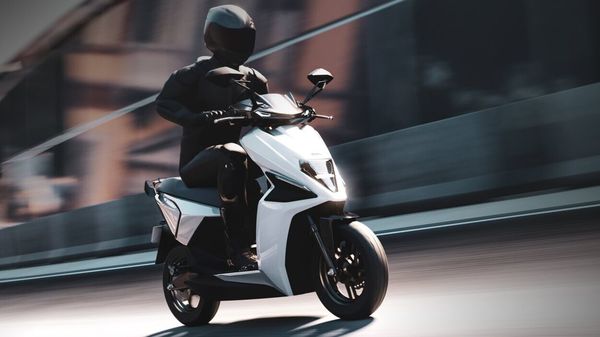 Simple One electric scooter gets a 4.5 KW power output and 72 Nm of torque.

Bengaluru-based electric vehicle startup Simple Energy on Wednesday announced that it will begin the deliveries of its flagship electric scooter Simple One from June this year. Introduced in the Indian market last year on Independence Day, the electric scooter has so far garnered over 30,000 pre-bookings.

The EV maker will manufacture the Simple One electric scooter at phase 1 of its manufacturing facility located in Hosur, Tamil Nadu, which will have an annual capacity of up to 1 million units. The factory is currently being readied for mass manufacturing of the scooters, and will be operational in the coming weeks.

Simple Energy has also commissioned a second manufacturing plant in Dharmapuri, Tamil Nadu, which will be spread across 600 acres of land and have a production capacity of 12.5 million units annually. The company claims that it will be the largest two-wheeler producing facility in the world. A similar claim had been made by Ola Electric in the past too for its facility called FutureFactory.

The Simple One electric scooter by Simple Energy features an angular sharp design with winglets on the sides, a proportioned and sleek body structure, with integrated turn indicators both on the front and rear side. It offers a single-charge driving range of 203 km in Eco mode and a maximum range of 236 km in IDC. The scooter can accelerate from 0-40 km in just less than 2.95 seconds and gets a top speed of up to 105 km/h. The electric vehicle offers a 30-litre boot space and gets features such as intuitive smart dashboard, among others.

In order to make its electric scooter the best-in-class, Simple Energy recently announced the completion of developing an advanced thermal management system with the Indian Institute of Technology-Indore or IIT Indore. This development is expected to improve the safety, dependability, and lifespan of the battery modules in all of Simple Energy's products.