Earlier this week, Gadkari said that under the newly-announced vehicle scrappage policy, car owners will get around 5 per cent rebate on old vehicles while buying a new one.
By :
| Updated on: 09 Mar 2021, 09:29 AM 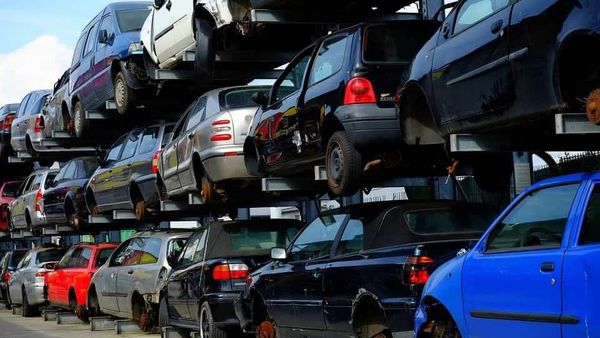 Scrapping incentives, including up to ₹7,500 per vehicle for auto and light commercial vehicle, is being provided by the Delhi Government under Delhi Electric Vehicle Policy 2020, Parliament was informed on Monday.

The Delhi government notified the Delhi EV Policy 2020 on Aug 7, 2020, with an intention to promote the adoption of clean mobility solution.

The policy aims to establish the feasibility for large scale adoption of electric passenger four wheelers, through transitioning its entire government fleet to electric.

"Under the provision, all leased/hired cars used for commute of GNCTD officers shall be transitioned to electric within a period of twelve months from the date of issue of this policy," Road Transport, Highways and MSMEs Minister Nitin Gadkari informed Rajya Sabha in a written reply.

The Delhi Government order issued on February 25, 2021 in this regard mandates conversion of all vehicles owned/leased by the Government of NCT of Delhi to transition to electric by Aug 6, 2021, the minister said.

"Under the Delhi EV Policy, 2020 —scrapping incentive is provided for the vehicles in lieu of scrapping a more polluting conventional vehicle. However, the scrapping incentive for vehicle is applicable on the evidence of matching contribution from the dealer or OEM, such that Government of NCT of Delhi will provide incentive matching the contribution made by the OEM or dealer on the scrapping value of the vehicle, not exceeding ₹5,000 per vehicle for two-wheelers and ₹7,500 per vehicle for Auto and Light Commercial Vehicle," the minister said.

He said other incentives are also there.

Private and two-wheeler vehicles would also be included in this scheme, the minister said.