Home Auto News Delhi Government Wants You To Use Public Vehicle Once A Month. Here's Why

Delhi government wants you to use public vehicle once a month. Here's why

Delhi's Deputy Chief Minister Manish Sisodia appealed to the residents to take small steps to improve the air quality in the capital.Apart from using public transport once a month, citizens were also urged to turn of their vehicle engines at traffic signals.
By : HT Auto Desk
| Updated on: 15 Nov 2021, 10:19 AM 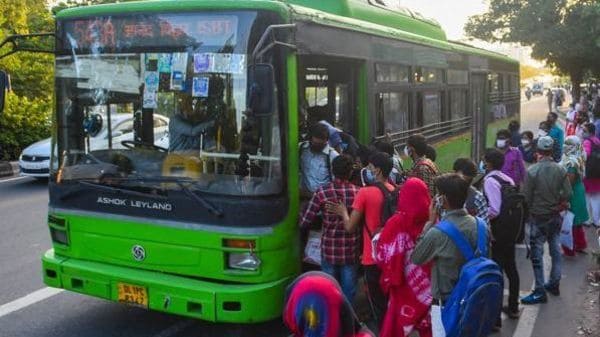 The Delhi government has requested its residents to use public transport for at least one day every month and turn off vehicle engine at traffic signals in order to help make the city "healthy" and "pollution free. The national capital's Deputy Chief Minister Manish Sisodia appealed to the youth to take small steps to improve the air quality of the city.

Speaking at the one-day Raahgiri programme at Patparganj organised by the Delhi government's Dialogue and Development Commission (DDC) in association with Raahgiri Foundation, Sisodia appealed to the residents to join the capital's 'Yuddh Pradushan Ke Virrudh' campaign. The initiative aims to spread awareness about air pollution in the city and its consequences. "To make Delhi pollution free, every citizen has to take their share of responsibility to reduce pollution," he was quoted as saying by PTI.

He elaborated that citizens need to work at multiple levels to reduce pollution. As an alternative to using private vehicles, they can even walk or cycle to their destinations as well as use public transportation. “We can lay the foundation of a healthy Delhi by reducing our share of pollution by taking small steps," he said.

Sisodia highlighted that though it is the government's responsibility to make rules and regulations for prevention of pollution and conduct awareness campaigns, it is also the residents' collective duty to come forward and reduce pollution at an individual and community level.

At the Raahgiri programme that took place on Sunday morning at Patparganj, a stretch of road between BSES Yamuna Power Limited Office and Sarvodaya Kanya/Bal Vidyalaya in West Vinod Nagar was opened to the public completely free of vehicular traffic. "The aim of these events is to give people a chance to experience a road without cars and bring about a change in behaviour," said Jasmine Shah, vice-chairperson, DDC.