Home Auto News Dehydrated While Driving Is As Dangerous As Drunk Driving: Study

Dehydrated while driving is as dangerous as drunk driving: Study

The result shows that even staying mildly dehydrated while on long road journeys can lead to an increase in minor mistakes by the driver.Incidents concerning fatigue were excluded from the study.
By : HT Auto Desk
| Updated on: 30 Jun 2021, 09:18 AM 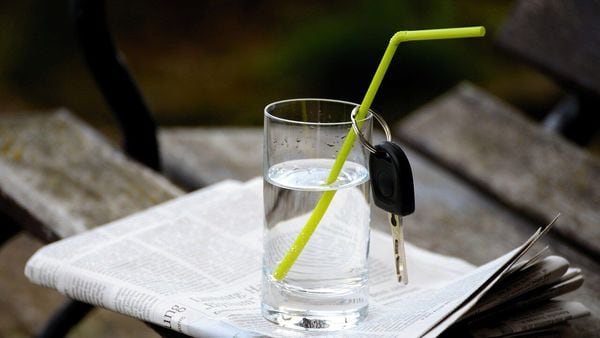 A significant percentage of drivers have admitted to drinking less water than recommended while on long road trips.

It has been observed in a recent study that dehydration can also adversely impact a driver's skill while on the move. According to a study by Science Direct, even a slightly dehydrated person can lose his or her concentration and make errors while driving. This study was conducted on 11 adult males with the help of an immobile driving simulator that mimicked real-world conditions.

Each participant was involved in three driving sessions. The first was to get them familiar with the sim setup which was followed by sessions that monitored the drivers on a two-hour "trip," where one was hydrated and the other where one remained thirsty. The sensors tracked the activity of the brain and the cameras monitored the drivers. However, the incidents concerning fatigue were excluded from the study.

The results of the study showed that dehydrated drivers were prone to making more minor mistakes. These included incidents such as lane drifting or late braking. It was deemed parallel to the mistakes done by a person under the influence of alcohol. In the study, it was also observed as the simulation progressed that there is a rise in minor mistakes even if the person was well-hydrated but the frequency of making those mistakes were less compared to a dehydrated person.

(Also read | Should drinking alcohol be allowed in a car on autopilot? Social media divided)

Another such report by Leasing Options compiled all the information related to driving while being dehydrated. It shows that around 55% of drivers drink less than the recommended daily water intake. Also, around 43% of motorists admitted remaining without adequate amounts of water on longer journeys.