Daimler to spend $68 billion on Mercedes-Benz till 2026

Chief executive officer Ola Kallenius of the company said that the brand is committed to achieving its ambitious margin targets along with the goal of attaining a position of technological leadership in the automotive luxury segment.
By : HT Auto Desk
| Updated on: 04 Dec 2021, 12:06 PM 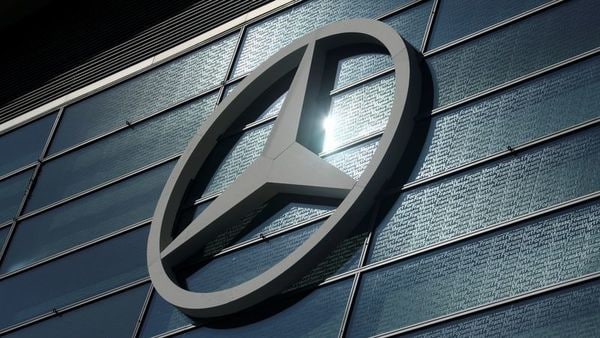 File photo of the Mercedes-Benz logo.

Daimler AG has announced an investment of about 60 billion euros ($68 billion) for its Mercedes-Benz from next year to 2026. The company is going to focus on its luxury cars and vans as it is aiming to lead the electrification revolution. The automaker did not give any details that how it is going to spend the amount, but it did mention that some of it will be spent on autonomous driving and the digitisation process.

The plan includes around 40 billion euros that have been already put into electrifying the products of Mercedes-Benz during this decade. Chief executive officer Ola Kallenius said that the brand is committed to achieving its ambitious margin targets along with the goal of attaining a position of technological leadership in the automotive luxury segment and in the area of premium vans.

According to the company's strategy that is updated a few months ago, Mercedes-Benz has plans to launch three new all-electric vehicle platforms in 2025. It also aims to set up eight battery factories with partners as well. Mercedes-Benz is betting that the luxury segment of the automotive industry will shift faster towards electric cars than mass-market vehicles due to customers’ greater purchasing power, mentioned in a report by Bloomberg. The brand also expects that plug-in hybrid and fully electric cars will account for more than half of global car sales by 2025.

The luxury automaker has been actively focusing on introducing all-electric models. It also launched EQS which is the electric version of its flagship model S-Class. It is also planning to unveil its upcoming Vision EQXX concept car that is going to make its debut on January 3. Mercedes-Benz is claiming this EV to be the most efficient electric vehicle the company has built till now. This EV will come with a range of more than 1,000 km.