India is the fifth important market for Daimler Trucks with Daimler India Commercial Vehicles (DICV) catering not only to growing domestic demand, but also more than 50 countries.
By : PTI
| Updated on: 21 Oct 2020, 06:15 PM 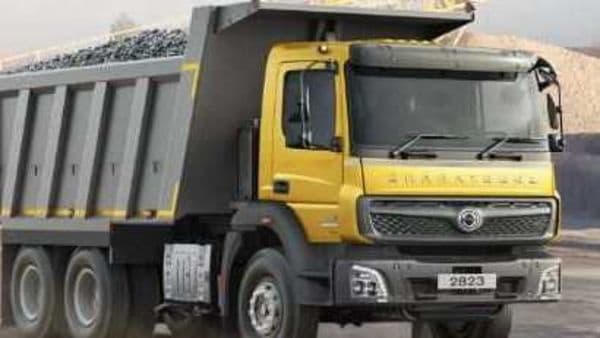 Daimler India Commercial Vehicles, subsidiary of German automaker Daimler on Wednesday said it has reached a significant milestone of shipping over 35,000 vehicles and 150 million parts to various countries.

The company said more than 55,000 completely knocked down kits were exported to South Africa, Kenya, Vietnam and Indonesia and it recently added Malaysia as another new market. "With this milestone of 150 million parts exported and the addition of a new CKD market, DICV once again validates India's Make for the World. It's a win-win solution..," company managing director Satyakam Arya said.

"Our global Daimler network receives quality Indian parts and our Indian supplier community gains access to Daimler's global supply chain..," he said. According to company officials, Daimler India is the only location of the company where engines, transmissions, trucks and buses are manufactured at the same site under four brands - BharatBenz, FUSO, Mercedes-Benz and Freightliner.

India is the fifth important market for Daimler Trucks with DICV catering not only to growing domestic demand, but also more than 50 countries including Africa, Asia, Latin America and the Middle East. "We will continue to make more products and parts here in India with the help of our 350 plus local suppliers and then proudly export them to the world..," DICV Head-International Business, Shrikumar V Unnithan said.

DICV represents an overall investment of more than ₹5,500 crore. The company currently has a 400-acre facility at Oragadam near here and produces 9 to 55 tonne trucks as well as BharatBenz buses, Mercedes-Benz coaches and bus chassis.