Home Auto News Concept Ev That Cleans Air As It Drives? Nature Needs This Car Now And How

Concept EV that cleans air as it drives? Nature needs this car now and how

Airo EV has a high-efficiency particulate air (HEPA) filtering system that cleans the air that moves through the vehicle's undercarriage.
By : HT Auto Desk
| Updated on: 12 Jul 2021, 13:13 PM

British Heatherwick Studio has designed a concept car called Airo that claims to clean the air that moves through the vehicle's undercarriage. The state-of-art electric vehicle comprises high-efficiency particulate air (HEPA) filtering system. Heatherwick states that Airo can collect particulate matter worth the size of a tennis ball.

Heatherwick Studio also displayed the Airo EV in the recently concluded Goodwood Festival of Speed. The interior of Airo resembles a space capsule. The company shares that it will give the user the feeling of a moving room. The front seats of the EV can swivel around to face the centre of the car. It also has a four-leaf table that can be used as a dine-in table or for a tabletop game. It can be folded away when not in use. Airo also comes with a screen for projected video images. Heatherwick says that Airo can become a gaming pod and the seats can be folded down into a double bed. The glass roof of the electric car can turn opaque to give the user privacy. 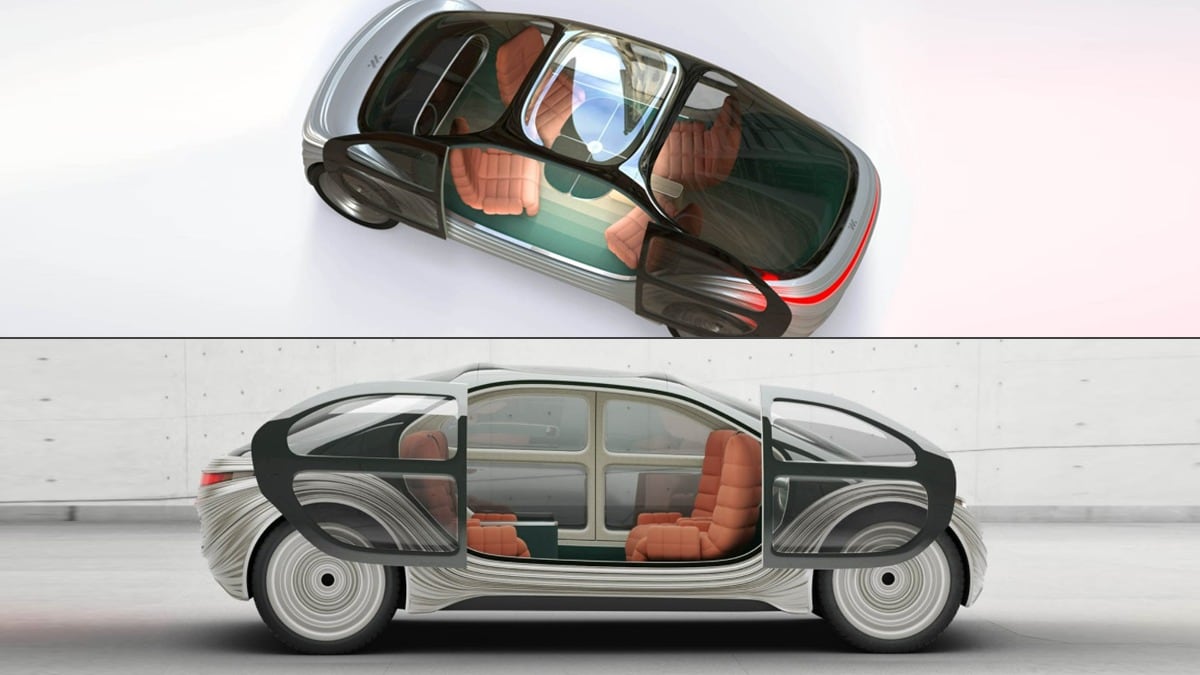 Heatherwick Studio founder Thomas Heatherwick says that the EV has been designed keeping in mind the persistent issue of space shortage. "Designed to simultaneously address the global space shortage, Airo is also a multi-functional room with extra space for dining, working, gaming or even sleeping," he has been quoted.

Heatherwick has designed Airo for IM Motors with a motto to transport towards a cleaner and better future. The latter plans to start building the electric vehicle in 2023 and aims to manufacture a million of them, state reports. Airo that also made a debut at the Shanghai Auto Show is capable of human-controlled driving as well as autonomous driving. Features related to these and also details regarding the air cleaning ability and how it will work remains under wraps.