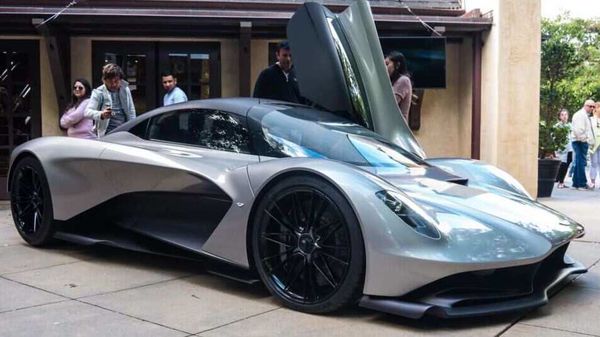 The Aston Martin Formula One team announced a new title sponsorship with U.S.-based IT services giant Cognizant on Thursday that they said will help them punch higher and harder this season.

The Silverstone-based team finished fourth as Racing Point last year, seven points behind McLaren after being docked 15 following a Renault protest, and are now aiming to crack the top three.

"There’s lap time in IT...it gives us a digital engineering expertise to help the team go to a new level," the Canadian told Reuters.

"This team has always punched above its weight. Now that we are Aston Martin and with the backing and support of Cognizant, we will not only punch above the weight but have the weight to punch harder."

Stroll, who is also executive chairman of the British sportscar company that is returning to F1 as a constructor for the first time since 1960, said the road car side would benefit as well.

"Cognizant is a global partner for everything to be done in IT with Aston Martin, whether it be Formula One or road car," he added.

"When I think about the footprint of the current set of races for the coming years, it's very much aligned to what I’m trying to achieve as a global company. In some regards it’s a marriage made in heaven," he said.

"If Formula One builds out a broader fan base in the United States, that’s even better."

No financial details were given but Stroll said the partnership was "significantly larger" and broader than a previous one with Austrian water company BWT, who could still continue as a sponsor.

The 2021 livery will be unveiled in March.

"Our ambitions are to pick up where we left off, fighting for third and punching with this help above our weight for second," said Stroll, whose 22-year-old son Lance races for the team.

He denied Vettel, who ended up 13th and with a third of the points scored by Ferrari team mate Charles Leclerc, was a spent force.

"I think psychologically it was challenging when you’re told your contract is not going to be renewed before the season started... it kind of puts you on the back foot," he said.

"I don’t think Sebastian all of a sudden forgot how to drive. He’s a four time world champion... and he comes with a wealth of knowledge to help our team go up to the next level."